Do you think you know Gilbert & Sullivan's The Mikado? Because you may not recognize it when Opera Memphis stages the popular and frequently produced show anime-style. 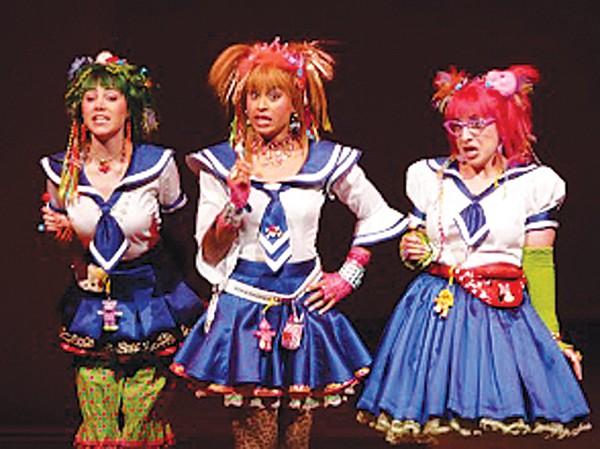 So, the last time Canty staged The Mikado in 2007, he wasn't watching Hayao Miyazaki movies or reading the latest issue of Fullmetal Alchemist. Instead, he was playing a lot of interactive Japanese role-playing games (especially "Final Fantasy 10" and "Dragon Quest 8") and trying to imagine these characters on stage singing some of the most clever lyrics ever devised.

"One of the things I was fascinated with was how these game designers don't treat period design the same way we would," Canty says. "What struck was how you might have a medieval knight, a gangster, and a surfer all occupying the same world. Because the costumes aren't about expressing period, they're about expressing character in a very pure way. Maybe the knight stands for nobility and the surfer means slacker."

Canty's concept for The Mikado was also inspired by a group called the Tokyo Rockabilly Club, a Japanese organization where the guys dress like greasers, the girls wear poodle skirts, and they all come together to play rockabilly music and break dance.

"I love British comedy," Canty says shifting from concept to content. "This one and Pirates of Penzance especially. The music just brings me back."