A new Tennessee law on voter registration might violate the National Voter Registration Act of 1993, according to a lawsuit filed last week.

The suit, filed in the U.S. District Court for the Middle District of Tennessee by the American Civil Liberties Union of Tennessee (ACLU-TN), Campaign Legal Center, and Fair Elections Center on behalf of the Mid-South Peace and Justice Center and four other organizations, challenges a law signed by Governor Bill Lee last week.

The legislation, sponsored by Rep. Tim Rudd (R-Murfreesboro) and Sen. Ed Jackson (R-Jackson), lists a slew of requirements for those participating in voter registration efforts and penalties for those who don't comply. 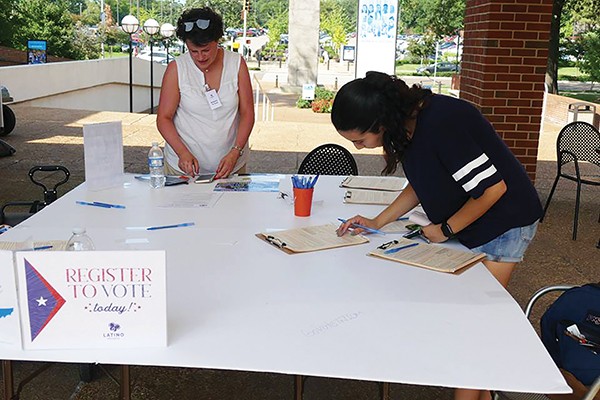 Some of the requirements include providing the coordinator of elections with information about the drive prior to holding it, completing a training, and filing a sworn statement stating an intention to obey the laws and procedures pertaining to the process.

The law "impedes the proper exercise of federal law by imposing undue and unjustified restrictions and burdens on community-based voter registration activity," the letter reads.

The letter also calls the provisions of the law "vague" and "over-broad."

"Because it does not clearly provide notice as to which organizations and individuals are subject to its terms, the law gives rise to the risk that different county election officials will provide varying interpretations of the law's application, leading to a non-uniform program or activity in violation of the NVRA," the letter reads.

The ACLU-TN said that Tennessee is ranked 44th in voter registration, but that there was a surge in registration during the 2018 midterm elections. The group believes the new law comes as a result of that registration growth and election officials' lack of resources to handle the influx.

Paul Garner, organizing director of the Mid-South Peace and Justice Center, one of the plaintiffs, said last week that the law is "draconian" and a form of voter suppression. Garner said the law punishes "those that want the democratic process to reflect and represent as many people as possible in communities like Memphis."

The lawsuit aims to ensure the political participation of all the state's eligible voters, Hedy Weinberg, executive director of ACLU-TN, said.

"Voter registration drives have long been a way for communities that are historically disenfranchised — including students, people of color, immigrants, and senior citizens — to empower individuals and gain access to the ballot box," Weinberg said.