Blight fighters fanned out across downtown Memphis on Monday to take stock of the area's 8,300 parcels of land.

Volunteers drove slowly through every street in the Downtown Central Business Improvement District and Mud Island to assess the state of all gas stations, houses, office buildings, and vacant lots.

The Downtown Memphis Commission (DMC) ordered the study. The group's "windshield survey" last year was the first for downtown. That study found some 188 blighted properties in the six-and-a-half square mile district that spans from the Wolf River to South Main. The DMC says more than half of those properties have been improved or are under improvement.

The reason for the survey goes a bit deeper than just wanting to keep downtown tidy. The DMC helps companies finance development projects downtown in the way of payment in lieu of taxes (PILOT) deals, improvement grants, and development loans.

"From the DMC's perspective, we want to protect our investments and the investments of the commercial property owners," said Larry Chan, a DMC planning and development analyst. "We take our active PILOTs and overlay that with a blight chart. What we don't want is blight creeping in to where we've incentivized our projects." 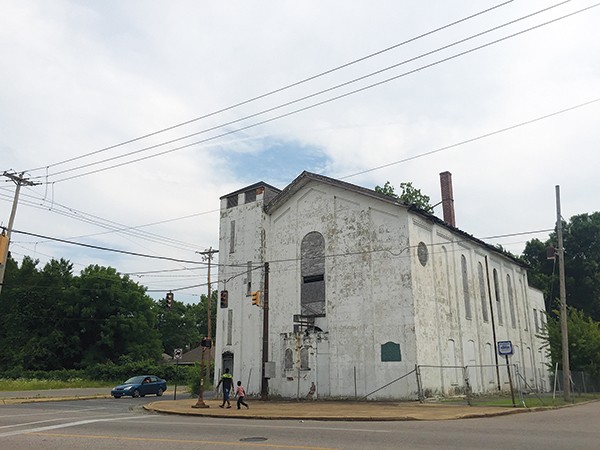 Volunteer surveyors met with DMC officials last week to learn how to score the properties. Each property would get a grade from one (being the best) to four (being the worst).

If a lot was mowed, its building painted, and no structural damage could be seen, it would get a one. Alcenia's in The Pinch was given as an example of a one.

Points were deducted for overgrown grass, litter, broken concrete, roof damage, broken windows, and more. Examples of fours included a burnt-out house, a lot that looked like a landfill, and a vacant house with broken windows, graffiti, and boarded-up doors.

Survey volunteer Tanja Mitchell is also the coordinator for Uptown Memphis. She said she has monthly meetings with Memphis code enforcement officials about numerous trouble sites. But when it comes to blight, she wonders, "When will it end?"

"There's this perception about Memphis out there and we're on top of [magazine lists for negative reasons]," Mitchell said. "If we don't address the crime and the blight, there's still going to be that perception that Memphis is bad."

Janet Boscarino, executive director of Clean Memphis, said her group engages owners to clean up properties. If they can't, Clean Memphis volunteers go out and help them, she said.

Boscarino said blight goes much deeper than just being an eyesore.

The worst properties from the windshield survey will become targets for the DMC. Property grades will be overlain on a digital map of Memphis to find blight hotspots. Over the coming months, the DMC's Anti-Blight Team will work with those property owners (and sometimes with lawyers) to get these properties cleaned up.