Pro tips from a long-time veteran of the WCBCC.

It's hot and smoky. The vibe down by the river during the World Championship Barbecue Cooking Contest, if we're going to be honest, is more moonshine than anything else, but that is ill-advised. Theoretically, it's about the food, but it's not so much what you're eating as how you're eating it — gourmet produced on an epic scale. You've burned your reserves, you're exhausted, overheated; vegetables have been banished to the soft confines of East Memphis. What it is, is barbecue.

Not award-winning pulled pork from aficionados coming from around the globe, but that thoroughly Memphis carnival of meat, liquor, fried adrenaline, heat, and the lingering whiff — beneath the wood-smoke and pork fat — of off-license glaucoma treatments being applied with mellow determination. 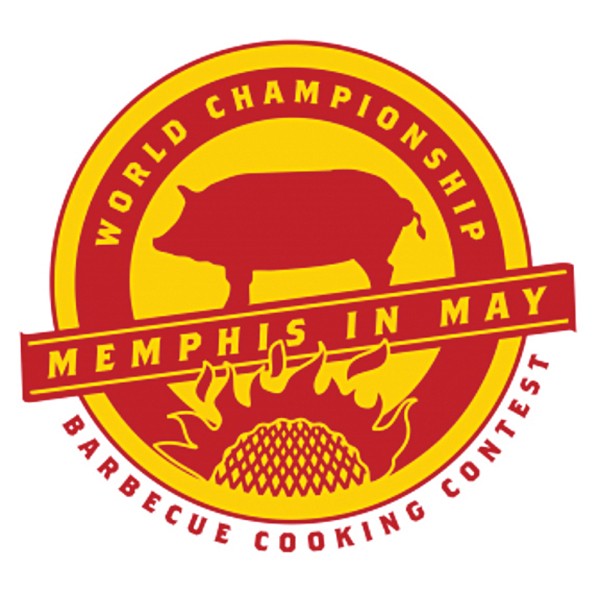 In my long experience, the thing that holds it all together is beer. Not pork, but beer. Hear me out: In your car, the engine gets all the glory, but without a drive shaft you aren't going anywhere. To get yourself through Barbecue Fest, you need beer. Cheap domestic beer, and a lot of it. Not for drunkenness, but for maintenance of that strange and tricky equilibrium where the alcohol keeps the exhaustion at bay, but doesn't pull you under.

I recall in high school — before the safety barriers were up and the event had a lot more "Thunderdome" to it — my friend Tim trying to climb the bluff and tumbling headfirst into hilarious failure. A skinny fella, Tim looked like a Wham-O hula-hoop bouncing down the bluff with the skinny outrigger of his arm holding a beer. He came back to us in a Ferris wheel of profanity and hair, with a mouthful of grass. Tim hadn't spilled a drop. We called it a Barbecue Miracle, but the truth is that if he'd been drinking Arnold Palmers, he'd have lost the whole cup in the first loop.

In fact, the whole utility of beer at Barbecue Fest isn't to be gassed, but to just float. Heading into the park and into the slow-moving river of humanity, you realize a) why the invention of the shirt predates that of beer or even the concept of free will, and b) that any damn fool can go Downtown and, in this heat, drink themselves silly and go take a nap. The real savvy is to maintain a constant 65 percent utility for several days running.

If this 65 percent number is hard to gauge, here's a rule of thumb: Drink enough to maintain an internal level of amusement, but not enough to start telling people what you really think. Well, that and don't fall off or out of a tent. Although who has a tent these days? It's all scaffolding, electricity, sound systems, lights, and disco balls. The buzz around Tom Lee Park last weekend was that someone had taken a spill off a second floor. I've been in the tent in question, and to take a plunge like that is more dumb luck than bad luck. As it was, the gravitationally challenged person was limp enough to take it in stride. So, again, beer is your friend.

I'd go as far as to argue that cheap domestic keg beer is the inspiration for the whole thing. It is the spark that brings the team to life. Sure, you've got to have something to smoke, but you've got to have a team name, and after a while, those swine puns get hard to come by. And the very clever ones don't sound like the product of an altogether sober mind. There is an undeniably creative genius unleashed by this sort of beery slow burn. Like when I overheard, sung to the tune of the traditional "Old Man River," the following:

That's not the liquor talking, or the glaucoma treatments. That's the beer. And one more thing, don't worry about the details, but trust me, leave the Limoncello at home.