Nine years on, a surviving victim and a mother plead for justice.

Last week marked nine years since two women were found dead days apart in a South Memphis cemetery and a third barely escaped with her life. The killer is still on the loose.

On February 20, 2011, the body of 28-year-old Jessica Lewis was discovered by someone visiting a grave at Mt. Carmel Cemetery, at the corner of Elvis Presley Boulevard and Elliston Road. Four days later, the body of 44-year-old Rhonda Wells was found by a groundskeeper. Both women had prior arrests for prostitution. Both had been shot.

On February 26th, the killer targeted another sex worker in the area, Katrina (last name withheld for anonymity), then 26 years old. Today, Katrina remembers the night she almost lost her life: The man pulled his car up to her, rolled down the window, and said something like, "You think you could handle this ... ?" She says she declined his advances, and as she turned away, he fired his gun at her.

"It felt like half my face was gone," Katrina says. "My ears were ringing. I just took off running." As she ran, the man continued shooting. She zig-zagged to avoid the bullets, blood pouring from her face as she fled, and ran about four blocks before passerby saw her in distress. "I spit out a piece of the roof of my mouth," she says. "There was so much blood." The bullet entered behind her right ear and exited below her left eye.

Katrina was able to give police a description of the suspect, who she believed to be in his early-to-mid-20s, with braided hair, driving a dark Dodge Charger or Chrysler 300.

Investigators believe the three cases are connected. They retrieved shell casings linking two of the victims, as well as DNA samples from each crime scene. The DNA and ballistic information was entered into the system, but have not yet hit for a potential match. 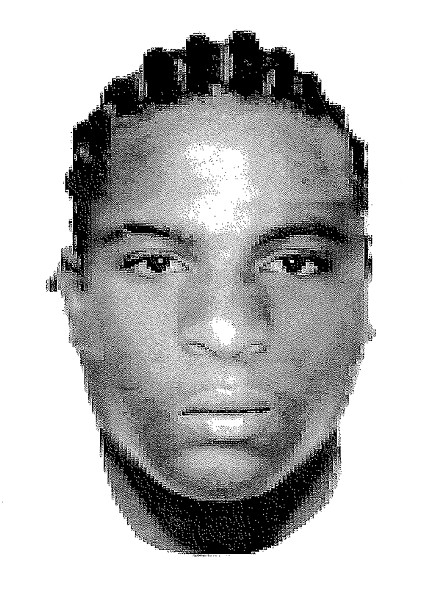 "Cases like this, where there are no eyewitnesses that we know of, they're going to rise or fall on the DNA, and we're hoping a match shows up in CODIS," says Memphis Police Department (MPD) cold case investigator W.D. Merritt. "But we're working on these cases. We have reinterviewed some of the people who were named back when this occurred. We've gone through photos of people who were arrested for rape or suspects in sex crimes in that area for that one-year period. We've looked at all the [firearms] and shell casings that were recovered during that time, and looked back at people who were arrested with guns."

About a month ago, investigators submitted "something unusual" that was found at the murder scenes to the FBI's ViCAP (Violent Criminal Apprehension Program). "They put that info in and distribute a report to police agencies nationwide to see if there have been other cases like that," Merritt says, noting that this information cannot be disclosed. "That would be something that only someone who was there would know."

While investigators continue to work the cases, Lewis' mother, Susan Miller, still mourns. "I pretty much stopped living [when Jessica was killed]," Miller says. "She was my only child, and I still cry every day. Jessica left behind two sons. My heart is broken, as are theirs. I pray to God that the killer is found and brought to justice."

"Jessica was my friend," Katrina says. "If I could go back and trade places with her, I would. This needs to be solved — for the families and the people who loved Jessica and Rhonda. I'm blessed to still be here."

Anyone with information on these cases is urged to call CrimeStoppers at 528-CASH or the MPD Cold Case voicemail line at 901-636-2653. Tips can be given anonymously.