This second novel by Susan Henderson, after her acclaimed Up From the Blue, is a look at small town living, at the relationship between a father and daughter, and at what it feels like to be considered an oddity, an outsider. It's also a profound study of loss: loss of life, loss of love, loss of self.

Petroleum is a town so small they don't have a stoplight. They don't have a hospital or cellphone towers or pizza delivery, a mall or a movie theater. What they do have is a funeral home, which serves Petroleum and a number of surrounding towns. It is here that "Pop" Crampton, and his daughter, Mary, ply their trade. That she embalms and dresses and makes up the dead is part of why she is an outcast. She also makes little effort to fit in. With only her father to raise her, she has walled off the world. She speaks of her late mother this way: "My mother is a collection of stories and inanimate objects. She is a wedding ring in my father's bedside drawer, a rose-hips-flavored tea bag in the back of our kitchen cupboard ... She is a book underlined only to page seven."

Told first person, in Mary's wistful, independent voice, the story begins with a prologue in which two brothers are working in a grain silo. The elder, Eddie Golden, a local hero and basketball standout, steps into an air pocket in the grain and is sucked in faster than his younger brother, who is referred to as a sissy, can even react or reach him. Only the younger brother, Robert, was wearing a safety harness. This is the book's key loss, the death of the hero. The ripples from its untimely horror last for decades and color every corner of the narrative. The town cannot accept that the younger, less athletic brother survived, and they blame Robert for Eddie's death and for the loss of jobs that the destruction of the silo initiates. He is basically hounded out of town. Robert's return years later to be with his mother, who is dying, is what triggers the action of this thoughtful and compelling novel. 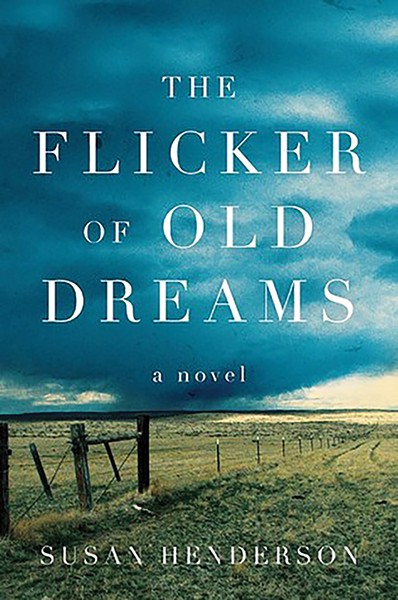 "A mortician is an illusionist. The goal is to cushion reality, slow down how fast the hurt seeps in," Mary says. But the hurt always seeps in. Reality always reveals itself, even through makeup, even after two feet of snow have melted away. "All I know is I've lived a cautious life, and it hasn't made me happy."

It feels inevitable that the two loners, the two pariahs — Mary and Robert — would find each other. They do and they don't. It is the author's ability to see lives in full that allows her to write from a position of such authority that all decisions seem real — tenuous, natural, human. Henderson's characters are fully realized, happy and sad, flawed and noble, kind and mean-spirited. "In every community, there are always the lost and unloved: transients, prisoners, and elderly who die alone on the prairie."

Henderson has Anne Tyler's gentle touch with character. She is genuinely fond of these imperfect humans, and readers will leave them reluctantly. She also has Gretel Erhlich's sense of place and observational technique. Petroleum is a small town brought into shimmering reality by the alchemy of the author's telling details and memorable denizens. "We all have to make an extra effort during these tough times," Mary says, "adding a little water to the milk, a little vegetable oil to the gasoline. Everyone gets by as they can." Henderson gives the grit and the gentleness in equal measure, and her story is stronger for it. And, she has Eudora Welty's gift of crafting simple, informative, yet elegant sentences.

With this sophomore effort, The Flicker of Old Dreams — a truly great title — Susan Henderson has begun a career to watch. She may well be the next Welty, or Tyler, or Jane Smiley. But she will also be Susan Henderson, wise and courageous and skilled, a storyteller of the first water. I, for one, am looking forward to her next novel.