Sure this is the Record Reviews column and Gavin Mays (aka Cities Aviv) moved to Brooklyn a few years ago, but during his time here Mays constantly put Memphis underground rap on the national map. His latest album Your Discretion Is Trust was released digitally this week and is available for download on iTunes as well as Spotify. The 14 tracks on Your Discretion Is Trust see Mays staying within the confines of his earlier work (specifically 2014's Come to Life), and longtime producer RPLD GHSTS appears on multiple tracks, including "Is this Alright" and "Earth Signs." On the opening track "Anticipation," Mays raps about mobbing through the city with his crew "who take no lives" one minute, and then shifts to contemplating his existence the next. Such vast changes in lyrical content are par for the course in a Cities Aviv track, and Your Discretion Is Trust is yet another example of the many different ideas Mays is capable of executing in the studio. The samples get pretty psychedelic as the fourth album from Cities Aviv unfolds, especially by the mid-album track "Earth Signs." Even if this is a surprise record, the songwriting on Your Discretion Is Trust is fully realized, and Mays sounds like an artist at the top of his game throughout most of the album. 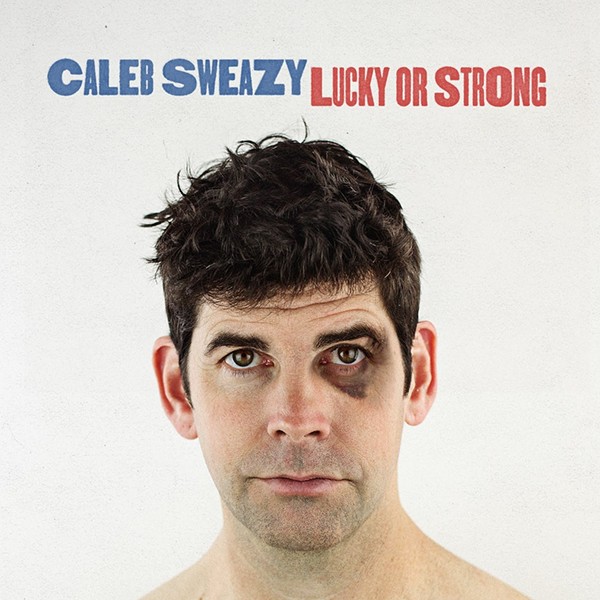 Caleb Sweazy's fourth studio album was recorded at Music+Arts Studio in Memphis by producer Kevin Houston (Sid Selvidge, North Mississippi Allstars). Sweazy enlisted some notable Memphis players for his Blue Barrel Records debut, including Jessie Dakota (Memphis Dawls) on drums, Logan Hanna (Grace Askew) on guitar, and John C. Stubblefield (Lucero) on keys and upright bass. Lucky or Strong was recorded completely live and finds Sweazy recalling bittersweet tales that cover everything from an old Model A Ford to WWI. Sweazy claims to like songs that make the listener feel happy and sad at the same time, and this collection of guitar-driven, bluesy folk rock is sure to do just that. With this lineup of prominent Memphis musicians and producer Houston at the helm, Lucky or Strong is a good indication that Sweazy is a local songwriter worth paying attention to.

Useless Eaters - Singles 2011-2014 (Slovenly Records)
Seth Sutton has been cranking out garage rock longer than some Memphis bands stay together, and he's got the back catalog to prove it. His first single as Useless Eaters came out six years ago, and he's released more than a dozen more since then, not to mention a handful of full-length albums, split singles, and a smattering of cassettes. The 13 tracks on the Singles 2011-2014 cover a pivotal moment for Useless Eaters, a time when Sutton was experimenting with new songs, new ideas, and perhaps most importantly, new bandmates. Different cities shaped the songs on this collection (recording sessions took place in Nashville, Oakland, and Melbourne, Australia), and the songs range from straightforward garage punk tunes like "I Hate the Kids" to downer psych rock jams like "Addicted to the Blade." For anyone just getting familiar with Useless Eaters (this is the first time we've ever written about them), this collection on Slovenly is a great place to start, especially because most of these singles have been sold out for quite some time.

Mary Owens' debut album is on Blue Tom records, the in-house label at the University of Memphis and also the home of Mason Jar Fireflies and Drew Erwin. Recorded by Boo Mitchell, Sweet Soul is a collection of Owens' first songs as a solo artist, although she sure sounds like a singer who's been honing her craft for years. Owens' vocal approach sits somewhere in between country music and R&B, mixing elements of both genres to create a unique, soulful sound that is distinctly Memphis. Pre-orders for Owens' first album included the option for a recorded personalized cover of the buyer's choosing, proving that while Owens' might be young, she's already got complete confidence in her voice. Sweet Soul is available for the first time this week.
Favorite Track: "Talkin' to You"