Taking It to the Street

Last week, the Memphis City Council voted to instate a temporary entrance fee for Beale Street. The $5 cover charge will be in place on select nights for at least the rest of May.

The move came after a weekend of stampedes and shootings on or near Beale Street. In the past, an entrance fee for Beale, previously known as Beale Street Bucks, has been a source of disagreement and contention for council members, as well as residents.

Now, Memphis Police Department director Michael Rallings says that the fee is needed to help with crowd control, which he said will lessen the likelihood of violent incidents occurring. Obviously, something should be done to keep the street safe. But, is it fair to charge people to enter a public street? 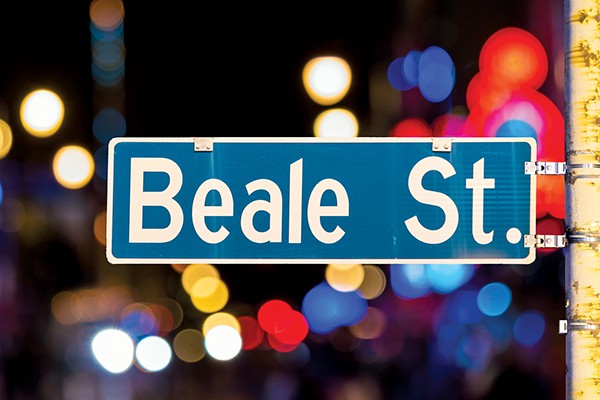 Fairness especially needs to be considered when you hear people make comments like, "a fee will keep the bad crowd out."

As some council members mentioned last week, this fee is on the verge of being discriminatory. Because it was originally put in place on Saturday nights, when the crowd is mostly African American, the notion of a fee still puts a bitter taste in the mouths of some.

The intentions of the fee are probably good, but we live in a world where the implications of an action must also be considered. Because implication matters.

This fee implies that there is a certain group of people (thugs, hoodlums, gangbangers, etc.) that officials don't want on the street.

In a city where the average household income is less than $40,000 and more than a quarter of residents live in poverty, this move also implies that officials don't want the average Memphian to be able to enjoy a night out on Beale very often. Whether the council realizes it or not, the fee is alienating.

Granted, $5 isn't much by itself. But, it's the principle of the matter. Also, once you consider the price of parking or ridesharing, the cover fees that some of the venues charge, and the price of drinks in those venues, on top of the $5 paid to get on Beale Street, a Saturday night out can quickly get expensive.

It's a temporary measure for now, but the council can vote to bring it back "on a needs basis." That's a pretty subjective arrangement that needs to be reconsidered.

So what can be done to ensure safety on the street without charging folks to walk down a public street? What about more secure entrances and exits? What about having security screenings at all entrances on Beale? What about posting signs that say "no weapons"? What if cops walked up and down the street engaging with visitors?

Currently, MPD has the authority to stop letting people onto Beale on any given night that they deem the street to be too crowded. This is a tool that MPD already has at its disposal, but according to Rallings, it hasn't been implemented this year because there hadn't been any incidents until now. Why not try this method first before jumping straight to a cover fee?

On the nights that the recent incidents occurred, MPD could have been proactive in controlling the crowd instead of now being retroactive.

At the end of this month, I hope that council members and officials can come up with a solution that does not enforce a fee to enter a public street. There has to be a way to control the crowd without putting a fee in place that targets a certain group of people.

It makes sense that those in charge want the famed Beale Street, a tourist hotspot, to be pretty, shiny, and crime-free. No one wants one of the city's most iconic landmarks to be a shooting range, but it's almost like officials want to put a bandaid on an issue that really needs surgery. The truth is Memphis has a violent crime problem. The incidents that occur on Beale Street are just a drop in the bucket.

The problem reaches farther than the three-block Beale Street Entertainment District. If officials want the violent incidents to stop occurring on Beale, then they need to start addressing the root causes of that violence. They can charge all the fees they want on Beale, but that only means the violence will move elsewhere. And we shouldn't tolerate it anywhere.

Maya Smith is a staff writer for the Flyer.