The Band Camino on their recent local success.

Since forming in the summer of last year, the Band Camino has become one of the hottest acts in the city, landing gigs at Minglewood Hall, BankPlus Amphitheater, and at Beale Street Music Fest, all on the strength of their debut EP, My Thoughts on You. I caught up with the pop rock band (three of whom are full-time students at the U of M) to find out the secret to their early success. — Chris Shaw

The Memphis Flyer: You guys formed less than a year ago, but you've already played all these big-time shows. How did all that happen so fast?

Spencer Stewart (guitar, vocals): I think there's mixed explanations for each of the big shows we've played. Putting ourselves in the right places at the right time has helped a lot. A lot of it is luck, too. Somebody just happening to be in a good mood that day. It's kind of unspoken for us, but we have always had a plan in action before we put us out there. 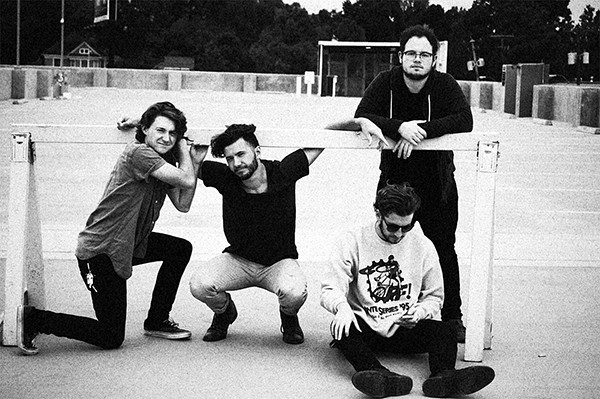 Graham Rowell (bass): And I think it's about us actually wanting to play these shows. A lot of bands say they want to do it, but they don't actually try. We care about being as good as we can be. It's like that Rudy Gay quote, "Make your own luck."

Andrew Isbell (drums): We also had our brand kind of put together before we even started playing shows. I think that's really important, too. A lot of the higher-ups at different places started taking notice, and that helped tremendously as well.

How'd you come up with the band name?

Rowell: I just saw an El Camino and thought the word looked cool.

Stewart: We also looked up the name and saw that it meant the road or the path, and so we came up with the idea that we chose the band life.

How has the EP been received so far?

Stewart: It's been getting some great feedback on Spotify. We were on the top 50 viral songs on Spotify for days, but then bigger albums came out and we got bumped. We have about 150,000 plays in all.

Isbell: Jeffery [Jordan] also sent out a ton of emails to people at music websites, and they added us on to a few Spotify playlists, which helped tremendously.

The University of Memphis music scene has always been isolated. It's always tough to get students out to shows. Have you guys been able to do that?

Jeffery Jordan (guitar, vocals): We all have different friend groups at school, and since we all know different people, we'd just send out massive texts about an upcoming show we were playing. Now we are at the point when we don't have to text everyone anymore. People just show up whenever we play. If the songs are good enough, they will speak for themselves. I think we have more high school kids at our shows than college students, though.

Stewart: We wanted to secure Memphis before we venture out somewhere else, but there are good shows at parties here, too. We played the frat party at Sig Ep, and it was really cool. You have to convince those guys that you are cool, and you're not just some nerd who plays guitar.

You guys have already experienced all of this success on the local level. What's the goal going forward?

Jordan: I've always said that 2017 is the year we try to go big. When 2015 was ending, I said I wanted to get signed, but this year has been our building year. We've been gaining ground on Spotify, and we've been gaining a lot of new fans. We're releasing a new EP on July 1st. It still seems like it's moving really slowly, but it's really been only about nine months since all this started.