The Black Panthers: Vanguard of the Revolution at Studio on the Square

There are many unsettling moments in Stanley Nelson's documentary The Black Panthers: Vanguard of the Revolution, but nothing is more revealing than a brief clip of J. Edgar Hoover. When asked what he thinks about the concept of justice, the seminal FBI director answers, as plainly as you please, "Justice is merely incidental to law and order." If there's a simple answer to the question, "What went wrong in America in the 20th century," that may very well be it.

Vanguard is incomplete and clumsy in places. Panther co-founder Bobby Seale's reflections are conspicuously missing and former Panther leader Elaine Brown's stinging criticisms of the film ring true. Brown thinks Nelson overemphasizes the role played by charismatic author and activist Eldridge Cleaver, while underemphasizing the vision and guidance of Panther founder Huey Newton. She says Stanley misses important historical context and only hints at the scope of the Panthers' community-building and Hoover's mission to destroy and discredit the movement before it could produce "a black messiah." But after Trayvon and Ferguson and Steven Askew and Darrius Stewart, when #Blacklivesmatter is reflexively countered with #Bluelivesmatter, a vast public reconsideration of the Panthers feels necessary, and Vanguard of the Revolution is an effective primer, more than capable of getting that conversation rolling. The more historical correction it invites, the better. 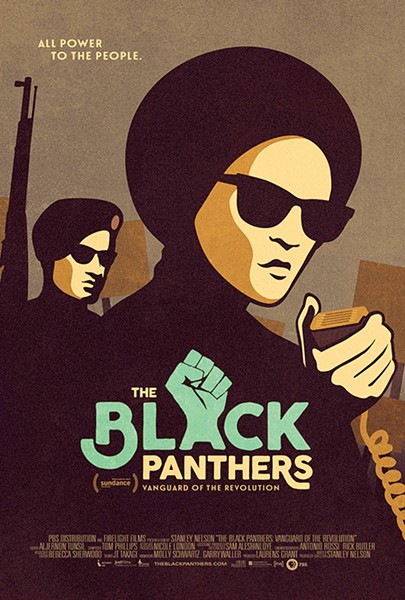 Using archival footage and extensive interviews with numerous former Panthers including Brown, Vanguard lifts mid-20th-century American racism out of its usual Southern context to show a people under duress and a nation ripe for the Panthers' revolutionary ideas. Touching on ideas as diverse and current as open-carry laws and food insecurity, it shows how efforts to protect and organize black citizens in the 1970s were effectively spun as terroristic and anti-American, and how law enforcement responded to the rhetoric, with no-knock commando teams and murder squads.

We Recommend Black Panthers: Vanguard of the Revolution