The Call of the Wild

Harrison Ford and a St. Bernard Make It Work

It takes a lot to get Harrison Ford out of the house these days. But really, who can blame him? He's Han Solo. He's Rick Deckard, the Blade Runner. He's Bob Falfa, the hot rodder from American Graffiti. He's Indiana freakin' Jones. He's got all the money he needs and nothing left to prove. At age 77, he's still the coolest man alive.

If there's a lesson to be learned from Ford's career, it's the power of just showing up. He was a background actor for a decade; when he struggled to get work, he took up carpentry. He met George Lucas when he was at work renovating Francis Ford Coppola's office, and he got the part of Han Solo after being hired to read lines with the actors who were actually auditioning. When Michelle Phillips of the Mamas and the Papas saw him in Star Wars, she gasped and said, "That's my pot dealer!" The man's a hustler.

Maybe those early lean years made it harder to say no to bad roles during the 1990s. He was the most sought-after actor in the world, but he acted like just showing up was all you could expect from him. When he finds a project he decides to apply himself to, like The Call of the Wild, it's a wonder to behold. 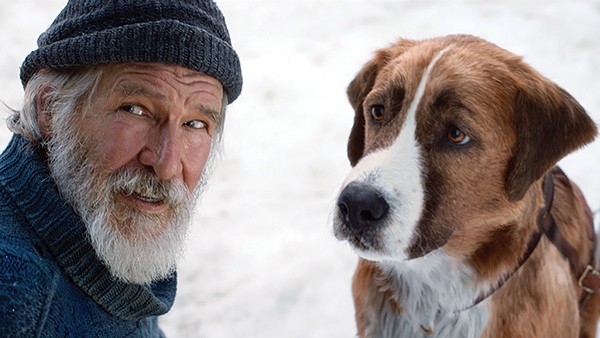 The adaptation of Jack London's 1903 novel is part of a mini-boom of Lit 101 adaptations, coming after the $200 million success of Little Women and before upcoming versions of Jane Austen's Emma and Charles Dickens' David Copperfield. Unlike Greta Gerwig's Little Women, Call of the Wild does not seek to deconstruct the original text to draw out themes that resonate with the zeitgeist. Instead, Disney/Dreamworks veteran director Chris Sanders and Blade Runner 2049 screenwriter Michael Green pare down London's story, picking out key incidents, eliminating minor characters, and introducing Ford's character John Thornton much earlier in the story.

Even though it was produced under the rubric of 20th Century Studios (the former Fox), in many ways, this film seems like a throwback to the '60s and '70s era of Disney live-action kids' lit adaptations like 20,000 Leagues Under the Sea. It's earnest to the point of being almost grating. London's depiction of the rough edges of life in the gold rush Klondike have been sanded off. It's so bloodless, only John Thornton's passion for rotgut whiskey keeps the film from earning a G rating.

Yet, I liked it. It's a grizzled Harrison Ford and a St. Bernard tromping through the idyllic Canadian wilderness. I may be a sardonic film critic, but I'm not made of stone.

There's a reason The Call of the Wild is a staple of middle-school English classes. First, the protagonist is a dog. Second, London's prose is clear and clean, ideal to help teach the fundamentals of good writing to students who are mostly interested in the dog.

Buck, the dog, starts out in the California household of a prosperous judge. He gets dognapped and sold to canine traffickers shipping dogs off to pull sleds in Alaska. The big guy is first sold to Perrault (Omar Sy), a French-Canadian musher tasked with delivering the Royal Canadian Mail. Buck learns the joy of being part of the pack and rises to head dog by defeating his rival Spitz. He becomes the most relatable hero of 2020 by losing his gig to a startup technology (in this case, the telegraph) and being left adrift in a shrinking job market to support his pack with any employment he can find. 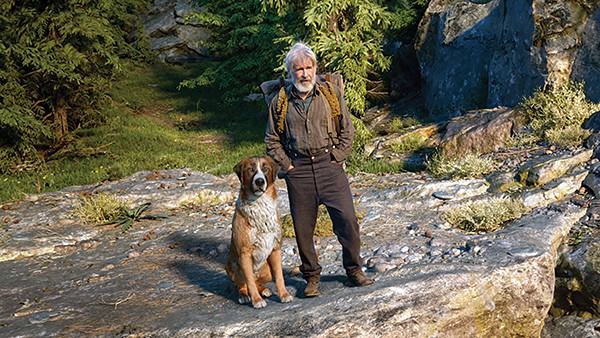 Employment comes in the person of Hal, a rich dandy seeking gold with his city-slicker companions Charles (Colin Woodell) and Mercedes (the great Karen Gillan, inexplicably stuck in a bit part). Where Perrault was a kind and just master, Hal has no business in the wilderness. Buck barely escapes the misadventure with his life, thanks to John Thornton, and the pair strike up a lasting friendship. "You're not my pet," says Thornton — more like his Chewbacca.

Buck is brought to life thanks to the same computer animation techniques that sucked all the fun out of The Lion King. But here, it works much better — probably because canines have much more expressive faces than felines, and Buck never tries to sing. His arc, from pampered pup to heroic sled dog to trusted companion to leader of his own wolfpack, is kind of a distillation of the classic Western hero's story of finding one's true nature on the frontier. For a story of high adventure, The Call of the Wild takes no risks, but when you're whitewater rafting with Indiana Jones and a big fluffy dog, you won't mind at all.