The Color of Politics

The new multi-racial and female members of Congress are getting under the Republicans’ skin.

It was one of those unforgettable moments in Congress. Representative Ilhan Omar of Minnesota, a new member of the House Foreign Affairs Committee, was speaking to Elliott Abrams, President Trump's special envoy to Venezuela:

"Mr. Abrams, in 1991 you pleaded guilty to two counts of withholding information from Congress regarding the Iran-Contra affair ... I fail to understand why members of this committee or the American people should find any testimony that you give today to be truthful." 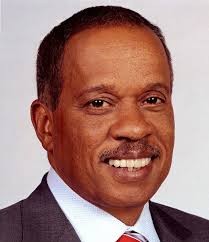 "If I could respond to that —" Abrams interjected.

"It wasn't a question," Omar shot back, cutting off the witness.

The sight of a young Muslim congresswoman, wearing a hijab, holding a powerful 71-year-old white Republican accountable signals the dawn of a new day in American politics. The heavily white, older male party of Trump is fighting to hold back what they see coming over the horizon.

Many people — including me — have been targets of President Trump's Twitter tirades, but women of color provoke a special kind of Trump ire. Trump last month dismissed Representative Alexandria Ocasio-Cortez with a wave of the hand and a "who cares," after she told CBS' 60 Minutes she has "no question" that Trump makes use of the "historic dog whistles of white supremacy." Trump has been even more dismissive of other women of color.

A "lowlife" and a "dog." That's Trump talking about his former White House aide, Omarosa Manigault Newman. Representative Frederica Wilson of Florida? Trump demeaned her as "wacky" and said she was "killing" the Democratic Party. Former Utah Republican Congresswoman Mia Love? Right after her failed reelection bid, Trump said she "gave me no love and she lost. Too bad. Sorry about that, Mia."

Imagine the bitter attacks if Trump faces a strong woman of color, such as Senator Kamala Harris, in the 2020 election.

The Democrats' success in the midterms set off these unsettling changes in American politics for Trump and his base. The new House majority includes a record number of freshman Democratic congresswomen. In fact, 43 women of color are now serving in the House. Only one non-white congresswoman is a Republican — Representative Jaime Herrera Beutler, who was reelected in Washington state. The record number includes 22 black women, 11 Latinas, six Asian-Pacific Islanders, and the first two Native American women in Congress. It also brought to Congress the first two Muslim women: Omar and Representative Rashida Tlaib of Michigan. Last month, Tlaib told an excited crowd of liberal activists: "We're gonna impeach the motherf****r" — referring to Trump. In that moment, she joined Ocasio-Cortez as a target of right-wing hate.

The New York Times reported last week that Republicans have "amped up" their efforts to demonize these young Democratic women. The most frequent charge against the newcomers from Trump's conservative talk radio fans is that these women of color are dividing the country with "identity politics."

That drew a response from Georgia's Stacey Abrams, the first black woman nominated by a major party to run for governor. Writing in Foreign Affairs, Abrams pleaded guilty to having "intentionally and vigorously highlighted communities of color and other marginalized groups, not to the exclusion of others but as a recognition of their specific policy needs." Abrams concluded that new "noisy voices represent the strongest tool to manage the growing pains of multicultural coexistence. By embracing identity and its prickly, uncomfortable contours, Americans will become more likely to grow as one."

Abrams did not mention Trump. But he regularly uses white identity politics to stir up his base. It can be seen in his attack on Mexicans as rapists and his denigration of "shithole countries." And who can forget Trump's false and repeated insinuation that President Obama was not born in the United States? That racist conspiracy theory was the springboard for Trump's presidential run. What we see in Trump's fear of women of color is resistance to the rapid rise of racial change in our politics.