The line between politics and government is sometimes indistinct, blurred and all but nonexistent. All things considered, that's a good thing. And it's possible to make the case that, in a marathon 10-hour budget/committee session held on Wednesday, May 20th, the Shelby County Commission merged the two functions seamlessly. 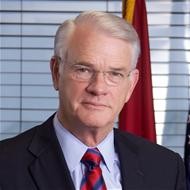 In that session, the 13 members of the commission appeared to be as much on the same page as it's possible to be for a body that represents often conflicting inner-city and outer-suburb interests and the ideologically divergent attitudes of the two major political parties. That meeting had begun with testimony before the commission by two representatives of the Greater Memphis Area Chamber of Commerce, who laid out in unvarnished terms the county's catch-22 predicament: one of dwindling revenue streams and increasing demand for services, coupled with population shifts and an awareness of the stiffening economic competition from adjacent political jurisdictions.

Maybe it was that cold-shower, smell-the-coffee start that did it, but, whatever the reason, the commissioners went on to function in as fully synchronized a manner as they, or any other group of disparate individuals could hope to achieve — proceeding efficiently and harmoniously through a normal committee load, through a systematic and patient interview session with a dozen applicants to fill a Judicial Commission vacancy, and finally into the demanding process of weighing the ramifications of a $1.1 billion budget and parsing through the competing demands of various county divisions for a share of what the administration of County Mayor Mark Luttrell presented as a likely $6 million surplus.

By the end of the day, the commission had seemed to reach a consensus on the important issues, literally splitting the difference on disputed sums and even agreeing on an innovative way of handling the vexing matter of grants to non-profits by placing careful limits on the fiscal size of that pie and assigning all the commissioners equal pieces of it to distribute within their districts. As one member observed, the outcome seemed to be one of the "unintended consequences" of the single-member redistricting formula adopted after the census of 2010. Unintended, but welcome.

By the end of that session, the members of the commission seemed to have bonded into a bona fide unit, exchanging compliments and achieving a state which they — and we, observing it — saw as a veritable kumbaya of unified purpose.

That was then. But the 12-day break effected by the Memorial Day weekend between that meeting and the public session on Monday seems to have undermined all that unity. The full commission meeting of this week, partially chronicled in "Politics," p. 12, was one nasty squabble, virtually from beginning to end — from a surprise decision, early on, to forgo picking a Judicial Commissioner (though most of the applicants had cleared away time to be in the audience) to overt back-biting and ideological name-calling that exploded the coherence of the May 20th session and resurrected all the partisan divisions and personal rivalries that had seemingly been put aside.

The commission has only until July 1st, the beginning of a new fiscal year, to regain its squandered consensus. We're crossing our fingers.