Titans of invention butt heads in this ambitious historical epic

The two stories of The Current War are both fascinating in their own way. The first is the actual story told by director Alfonso Gomez-Rejon and writer Michael Mitnick: In 1879, Thomas Edison's team invented the incandescent light bulb in his Menlo Park, New Jersey, laboratory. To the masses who spent way too much of their time trying not to burn down their houses with candles or asphyxiate themselves with gas lights, the clean, steady light from the bulb seemed like magic. But the bulbs, and new applications for electricity being developed by industrialists like George Westinghouse, couldn't run without juice. In 1880, unless you had a dynamo in your back shed, you were out of luck. Thus, the most pressing problem for engineers in the early Gilded Age was how to get electricity into businesses and private homes all over the country. 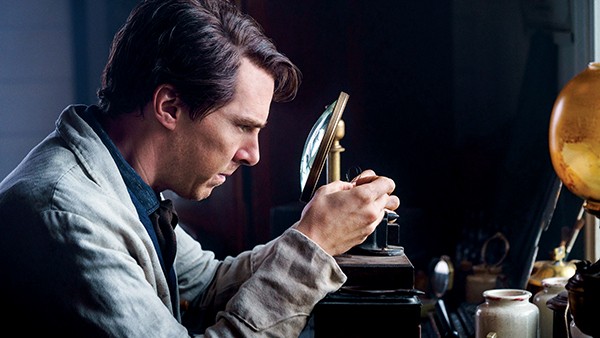 There were two possible solutions: direct current (DC), where the electrons flow through the circuit in one direction like water in a river; and alternating current (AC), where the electrons shuffle back and forth through the circuit like line dancers. DC is the simplest and most versatile. You can run lights, motors, and anything else you can dream up on DC, but the stream of electrons tends to peter out over long distances. AC is more complex to implement, and in 1880, you could run a light bulb, not a motor, from it. But you can transmit AC power over thousands of miles without significant power loss if you crank up the voltage high enough.

Edison had spent all of his time experimenting with DC and had developed short-range distribution systems, which he first implemented in densely populated New York City. But most of America is much more spread out, and a new coal-smoke-belching power plant every square mile was only an attractive prospect to the guy who would get paid to build them. AC transmission, which Westinghouse favored, was much more efficient, but the high voltage carried with it a danger that didn't even have a name yet: electrocution. 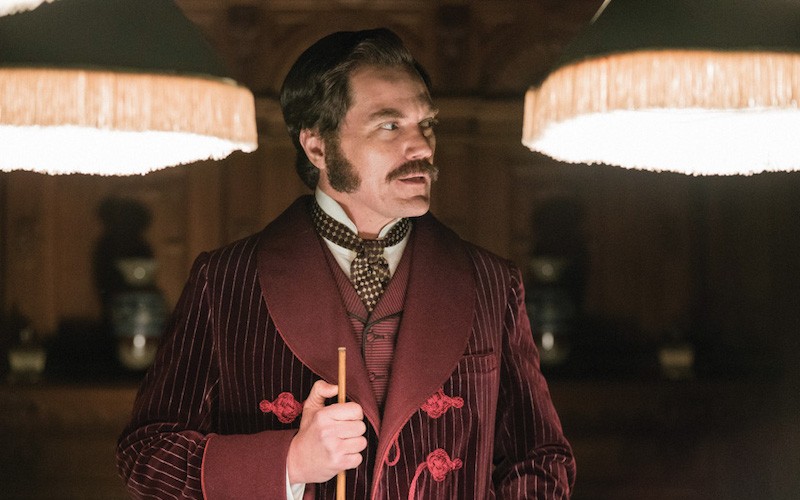 The Current War is the story of how Edison (Benedict Cumberbatch) and Westinghouse (Michael Shannon) waged a two-decade contest to decide how the world would be wired. It was a conflict that played out in laboratories, in boardrooms, in the media, and, in the film's telling, climaxed at the 1893 Chicago World's Fair. The wild card came in the person of Nikola Tesla (Nicholas Hoult), the immigrant super-genius who, among other things, figured out how to run a motor on AC power. Tesla first went to work in Edison's proto-corporate invention mill, quit to go into business for himself, and then sold out to Westinghouse.

You can't fault Gomez-Rejon and Mitnick for lack of ambition. This is a complex story with huge historical repercussions and potentially something to say about our own late-stage capitalist moment. But that's where the other story of The Current War comes in. The film originally premiered at the Toronto Film Festival in 2017. Producer Harvey Weinstein was not pleased with the reception there, so he took it from the director and was re-editing it when multiple sexual assault and rape charges ended his career and collapsed the Weinstein Company. After extensive bankruptcy litigation, Gomez-Rejon regained control of the film and made his own improvements. Thus, the version that goes into wide release this week is subtitled "Director's Cut."

I was not at Toronto in 2017, so I don't know how much of the movie has changed since then, but something about The Current War doesn't feel right. It somehow manages to be simultaneously undercooked and fussed-over. I generally advocate for shorter films, but this is a lot of material to pack into 107 minutes. For big chunks of its running time, it feels like a sizzle reel for The Current War mini-series. Have you ever wondered what it would be like if you made an entire picture along the lines of a Rocky training montage? If so, this is the film for you. Edison and Westinghouse take turns doffing their hats and proclaiming their latest accomplishments while years fly by. Tesla, the most genuinely interesting character, feels like an afterthought.

And that's a shame because the cast, which also includes the underrated Katherine Waterston as Westinghouse's wife Marguerite Erskine Walker and Tom Holland as Edison's right-hand man Samuel Insull, are clearly committed to the project. When Shannon and Cumberbatch finally confront each other at the World's Fair, the scene crackles. The cinematography by Chung-hoon Chung is frequently exceptional, with compositions that seem to come out of a Gilded Age Harper's Bazaar illustration.

I didn't hate this film. There's a great movie hiding in there somewhere, but it's ironic that a story about capitalist greed and executive malfeasance threatening scientific advance and engineering progress seems to have been thrown off track by executive malfeasance.

Or maybe that's not ironic at all. What's the opposite of ironic? Expected.