You don't have go back very far in history to see what a real medical crisis looked like. 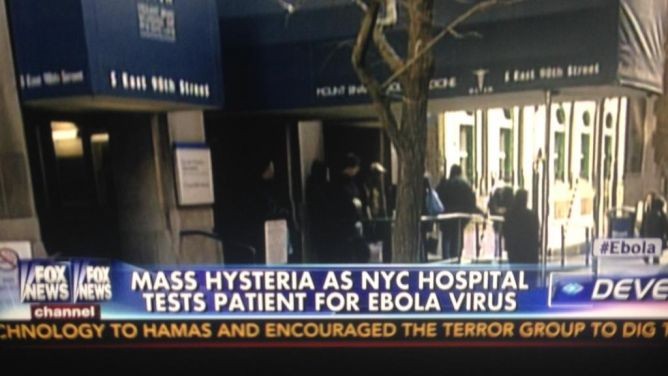 "He sounds kinda gay," I said to my art director.

It was 1985. I was a young magazine editor living in Pittsburgh. I'd just gotten off the phone with a freelance writer who I'd agreed to meet for lunch. I was a liberal-thinking sort of fellow. I had no problem with gay people, though I didn't know many back then.

"Lewis" and I had agreed to meet at a small restaurant near my office. It was a quiet place, perfect for conversation. I got there first.

Five minutes later, the front door burst open and a tall, thin, animated man came in and surveyed the room. He was wearing a beret and a long black coat. Around his neck was a six-foot-long scarf of many colors. He spotted me across the room and began to work his way through tables of diners, tossing his scarf over his shoulder as he approached. "THERE YOU ARE!" he boomed. "I'm SORRY I'm late! I've been running NIPPLES TO THE WIND all day, and I just can't seem to catch up." Heads turned, eyes rolled.

It was a hell of an entrance, and it led to a great friendship. I thought about Lewis again this week, as I read the latest fear-mongering news reports about the Ebola "epidemic." Through my friendship with Lewis, I saw the horrific effects — second-hand, admittedly — of a real epidemic: AIDS. And there is no comparison.

In the 1980s, getting AIDS was a death sentence. And we had a president who didn't even utter the name of the disease until five years after it had killed tens of thousands of Americans. I watched Lewis undergo the terrifying ritual of getting "the test," going to the doctor to find out if he would live or die. He was negative, thankfully, but many of his friends were not. Most of them didn't live more than a year or so. It was a dark and scary time.

Children who were HIV positive were turned away from school. Doctors who treated AIDS patients were shunned. Gay men were treated as pariahs. It took years for Americans to learn to deal with the epidemic in a rational manner. In the U.S. alone, 636,000 people have died from AIDS. World-wide, the death toll is 37 million, and the disease continues to kill. That's an epidemic.

Ebola is a horrific disease with a 30 percent survival rate. It is ravaging three African countries with sub-standard medical and health facilities. We should be doing all we can to help stop the spread of the disease. But medical experts in the U.S. have assured us repeatedly that we are in no danger of an epidemic here. There have been four cases in the U.S. One person has died. Can we stop with the absurd over-reaction, please?

And can we please stop using the Ebola "crisis" for political gain? (Actually, I suspect much of the furor about Ebola will subside after the November 4th election. Which is a sad commentary, indeed, on the state of our electoral process.)

Yes, Ebola is scary, but we need to get a grip. Those of us of a certain age can remember what a real epidemic looks like. And this ain't it. Not even close.