Another Disney remake? It’s the Circle of Life!

Are you sitting down? 'Cause you're gonna need to sit down for this one.

Have I got a pitch for you. It's an absolute, 100 percent, can't-miss idea. I know you, the Walt Disney corporation, have billions of dollars already. But after this, you're going to have roughly a billion more dollars, give or take.

You remember The Lion King? The 1994 animated film? Of course you do. You're Disney.

There's this lion, see. His name's Mufasa, and he's like, the king of Africa. It works, because the lion is the king of the jungle. So it couldn't be the Ape King or the Cheetah King, because cheetahs never prosper.

That's good. Write that down. "Cheetahs never prosper." We'll use that.

So this Mufasa, he's animated, and James Earl Jones is the voice. He's got a brand-new lion cub named Simba. When the movie starts, he's presenting his new cub to the kingdom, which is, like, the animals. And they all bow down and say hail to the king and his new cub. And they sing a song about "The Circle of Life"! 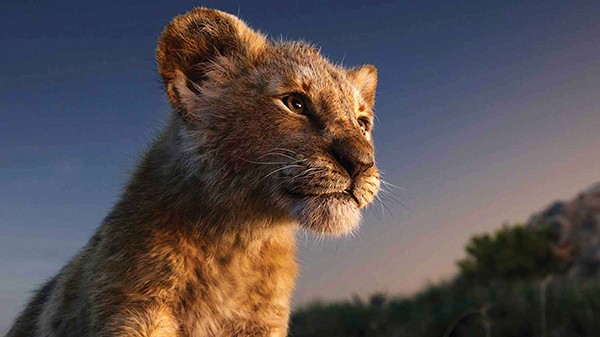 It's a musical, see. And who wrote the music? Elton freakin' John, that's who! And Sir Tim Jesus Christ Superstar Rice wrote the lyrics that the animals sing.

So anyway, Mufasa's got a brother named Scar, who's not handsome like Mufasa because he's got this big scar on his face. Scar's jealous of his brother and wants to be king. So one day, he takes Simba down into the gorge or canyon or arroyo, whichever one they have in Africa. And he tells him to stay there, and he starts a big stampede. And Mufasa tries to save Simba from the stampede, but Scar betrays him, and he dies. This happens after the whole "Circle of Life" thing because lions age faster than people.

Scar tells Simba his father's death is all his fault, when it's actually Scar's fault. So Simba runs away in shame, and Scar becomes the new Lion King. And he's got this army of hyenas, which is how you know he's bad, because lions and hyenas don't usually mix. It's Shakespearean, like Hamlet, but with hyenas.

Simba flees into the jungle to find himself, and he meets some new friends: a cute meerkat named Timon and a so-ugly-he's-cute warthog named Pumbaa. And it's funny because Pumbaa farts a lot. They teach Simba a song, "Hakuna Matata," about how they just sit around and fart all day. Then one day, Simba's old girlfriend Nala shows up and inspires him to go back to the Pride Lands and kick Scar out and become king, and they all live happily ever after. It's the circle of life, baby!

Now, I know you've got to run off to another meeting where you're counting all that money you made from the live-action Aladdin remake, so I'm going to cut to the chase here. We're going to remake The Lion King ...

And those lions? They'll be singing.

How are we going to get the lions to sing? Computers.

James Earl Jones, he'll be back. But for Simba, we'll lose Matthew Broderick and get Donald Glover. No, not the guy from Lethal Weapon who's getting too old for this stuff. I'm talking Childish Gambino/Lando Calrissian. For Pumbaa, Seth Rogen. That guy's funny as hell, and he farts constantly. And Nala? Hold onto your mouse ears, folks. We got Beyoncé.

What did I tell you? Nothing can go wrong. The kids today, they want reality. Remember Beauty and the Beast? Remember how much better it was when that singing candlestick looked real? It was $1.2 billion better. Imagine that, but with lions.

It's gonna look like Planet Earth on BBC, but instead of David Attenborough narrating, it'll be Beyoncé singing. And I promise our "real" computer lions are not going to be much less expressive than the stylized, hand-drawn ones from '94, even though real lions' faces look the same whether they're happy or sad. And the rest of the animals are going to be just fine, trust me. What's cuter than a lifelike warthog that farts all the time?

As for the music, which spawned both a huge Elton John hit and the highest-grossing Broadway show of all time, we think it's a little too edgy. We're going to have to water it down a bit to make it more acceptable to Middle America. Did I mention Beyoncé?

I knew you would love it! This is going to be great, not boring at all. Circle of life, baby!