America is the great melting pot. Immigrants from all over the world come here to get their chance at a new life in the Land of Opportunity. They take on our ways — our belief in equality and liberty — and, eventually, a bit of their culture becomes a part of the mix. That's how we got pizza, rock-and-roll, and the best organized crime in the world.

The immigrant experience in the Midwest is a prime example of how the melting pot works. At the turn of the 20th century, Jews ran the crime syndicates of Kansas City. Then, after World War I and an influenza pandemic shook up the country, a new, tight-knit, ethnically based group versed in extortion, racketeering, and violence arrived to challenge "The Hebrews." The dominance of the Irish mob in the "Paris of the Plains" lasted only 14 years until the Cosa Nostra arrived. 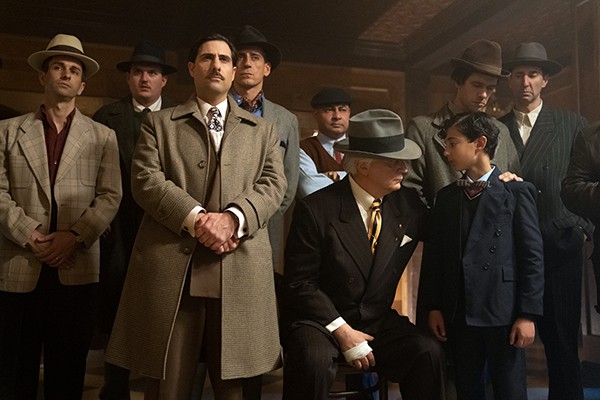 Thanks to The Godfather, the Italian mafia are the popular face of organized crime. The Fadda family ruled the Midwestern rackets until 1949, when their dominance was challenged by the Cannons, a Black gang. They, too, were an ethnic crime organization who banded together for mutual protection and economic advancement while fleeing Jim Crow persecution in their own country.

Thus begins season four of Fargo, showrunner Noah Hawley's sprawling anthology series inspired by the Coen Brothers' 1996 film masterpiece. The original Fargo remains an unassuming tour de force of unhinged violence and Midwest manners. Frances McDormand's portrayal of Marge Gunderson, the pregnant, small-town police chief who unravels a clumsy tangle of kidnapping and murder, earned her the first of two Academy Awards. Her husband, Joel Coen, received his half of the Best Screenplay Oscar for the film. They are responsible for the tonal tightrope act that makes Fargo unique. When Marge's combination of decency and empathy comes up against Jerry Lundegaard (William H. Macy) and his half-baked plan to kidnap his wife, which leads to multiple homicides, she calmly unravels the crime. Only at the end, after five people are dead and she's taking the murderers to justice, does she contemplate the big picture. "All for what? For a little bit of money? There's more to life than a little money, you know."

The three seasons of Fargo FX has produced so far have dispelled any skepticism I might have had as to whether Hawley and company can recapture Fargo's lightning in a bottle. Each season has told an independent story of crime and dubious punishment set in the upper Midwest, with the second season, which saw Kirsten Dunst and Jesse Plemons trying to cover up a hit-and-run while being stalked by a North Dakota crime family — and sheriff Ted Danson — being the best. For season four, Chris Rock stars as Loy Cannon, the upstart head of the Black crime syndicate that is moving into the KC territory with more smarts and subtlety than the Italian powers-that-be. 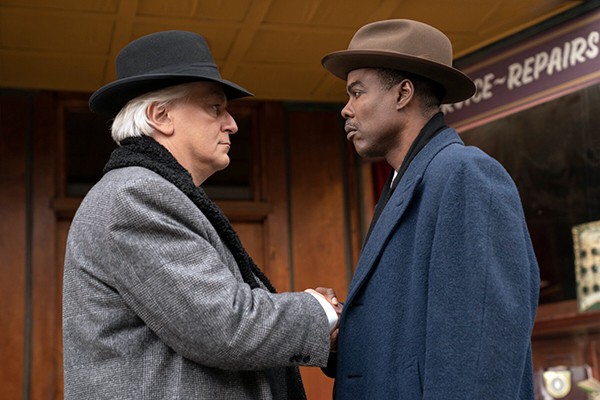 When the balance of criminal power is threatened, the crime families have a tradition that's intended to build trust between them. The syndicate leaders trade youngest sons, raising them in rival families — as hostages and as real-life examples of the melting pot. It's a bold plan that, judging from the lengthy opening sequence, has never worked. At best, it only delays the inevitable betrayal.

Still, the uneasy alliance is holding until, in true Fargo fashion, random fate intervenes. The Fadda patriarch (Tommaso Ragno) is killed in a freak accident, leaving his less-experienced son Josto (Jason Schwartzman) in charge, and setting up power plays both between and within the rival gangs.

Hawley, who wrote and directed the first two episodes, spends most of the initial two hours introducing a massive cast of characters. The most impressive is Jessie Buckley, recently seen in I'm Thinking of Ending Things, who slowly reveals the depths of Nurse Mayflower's psychosis. E'myri Crutchfield is mesmerizing as Ethelrida Smutny, a 16-year-old savant who sees her parents being drawn into the coming conflagration. Rock devotes his considerable gifts toward summoning the gravitas expected of a crime boss; his scenes with consigliere Doctor Senator (Glynn Turman) recall Brando and Duvall in The Godfather.

Fargo has been one of the best-looking shows on television throughout its run. Season four continues that tradition with leaf-swept scenes of idyllic Midwestern autumn. As does Lovecraft Country, one of Hawley's ambitions is to tackle racism through the lens of genre stories. So far, Fargo is neat and focused where Lovecraft Country is scattered and visceral. If I can find flaw in Fargo, it's that it is taking its sweet time to get to the meat of the story. But there's plenty of pleasure to be had watching Hawley set up the pieces on his game board, and I'll be coming back for more.

Fargo Season 4 is on FX and Hulu.