The Pasta Kitchen in Collierville, plus the Agricenter’s Feast on the Farm

Kirk Caliendo comes from a big Italian family based out of New York, and communing over a home-cooked meal using old family recipes is part and parcel to his identity.

For many years he sought to share that experience with his community.

In mid-April that wish came true for Caliendo.

He and his wife Kristen opened The Pasta Kitchen in Collierville.

"Our motto is 'Our family feeding yours,'" general manager David Nestler says. 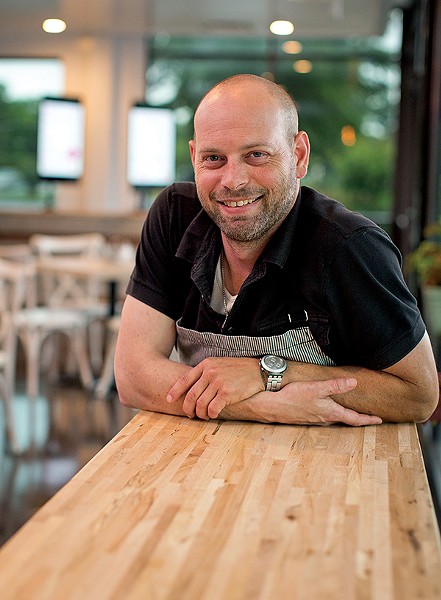 Caliendo and team used the build-your-own-bowl trend as the groundwork of the eatery, with several house-made sauces and different pastas, including at least one daily scratch-made noodle, to choose from, followed with fresh veggies and proteins to toss in the bowl.

"Our sauces and recipes are family recipes dating back generations," Nestler says.

The build-your-own-bowl option starts at $8.95, which includes the pasta, sauce, and veggies. Each protein added costs $2.

Signature dishes such as homemade lasagna, stuffed shells, and chicken marsala start at $9.95 and top out at about $13.

"We are a scratch kitchen. All of our sauces are made daily from scratch, and our ingredients are as fresh as possible," Nestler says.

That includes the tiramisu ($6).

In addition to striving to be as New York Italian as possible — "any products that are not made in-house are sourced from a purveyor in New York," according to Nestler — the Pasta Kitchen strives to maintain "putting out a hot, fresh, quality dish in under 10 minutes."

It seems to be working for them.

"Collierville has been very receptive and supportive to what we're doing. Every day is better than the previous," Nestler says.

Even New York loves it.

The Agricenter International was formed in 1983 with the intention of fostering agricultural research, education, and conservation.

On its 1,000 acres in Shelby Farms Park, it sees 1.3 million visitors a year, including 4,000 students who attend classes on water quality and forestry, shoppers at the longest-running Tennessee farmers market which operates six days a week, and attendees of the numerous expos or arena shows.

The Agricenter is owned by Shelby County and run by the nonprofit Agricenter International, and in its 30-plus years, it has never hosted a fund-raiser.

That is until last year.

More than 350 people hoofed around the dirt floor of the ShowPlace Arena, perusing auction items and taste-testing what some of Memphis' finest chefs concocted using ingredients grown by the farmers market's vendors.

"It was so well-attended, we decided to continue it this year," Christine Donhardt, director of communications for the Agricenter, says.

On Friday, June 17th at 7 p.m. the Agricenter will host its second annual Feast on the Farm, held again in the ShowPlace Arena — boot party, folks — featuring 12 chefs plucked from the bounty of exceptional eateries Memphis has to offer.

"We'll have Logan of MasterChef Junior, which we're excited about, and this year a couple of them will be using sorghum grown on our farm at the Agricenter," Donhardt says.

The silent auction features 90 items, and Terri Walker will lead the live auction, which will include a diamond ring priced at $1,700.

Live entertainment will be provided by Jamie Baker and the VIPs as well as Donna Wolf playing the fiddle.

"We'll have a lot to keep people busy," Donhardt says.

"We're definitely on track for what we did last year. Maybe we'll expand sometime in the future," she says.