Some artists' talent emerges fully formed, while others' takes time and practice to come to fruition. The Queen's Gambit is a story about the former, created by the latter.

The project that would become the Netflix limited series is also a late-bloomer. Walter Tevis, whose novels have been adapted into films such as The Hustler and The Man Who Fell to Earth, published The Queen's Gambit in 1983. The film rights were quickly snapped up, but the writer's death the next year put production in limbo. Many have tried to adapt it over the years — at one point, it was to be Heath Ledger's directorial debut — but it was the Netflix money machine that finally greenlit it with veteran writer Scott Frank at the helm. Frank is the quintessential journeyman screenwriter who broke through with 1991's Dead Again for Kenneth Branagh and who wrote classics like Get Shorty, Out of Sight, and Minority Report. The Queen's Gambit marks the 60-year-old's debut as a showrunner, and the results are absolutely immaculate. 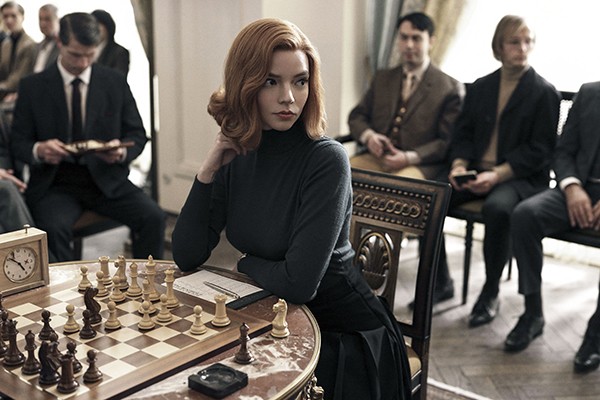 Beth Harmon (Anya Taylor-Joy) is, like most great protagonists, an orphan. Her mother, Alice (Chloe Pirrie), dies in a car crash during the first episode "Openings," but Beth (played as a child by Isla Johnston) emerges unscathed. She is delivered to an orphanage run by Helen Deardorff (Christiane Seidel), where her life only comes further unglued.

It's the mid-1950s, so Helen's child-rearing philosophies are, shall we say, much less enlightened than she thinks they are. In the spirit of "better living through chemistry," the orphans are all given tranquilizers to help head off any behavioral problems. The drugs don't seem to work for Jolene (Moses Ingram), one of the few Black girls at the orphanage. Jolene befriends Beth by advising her to save the green pills for a bedtime binge, and then seals their friendship by teaching her how to cuss and explaining what a penis is.

It's the stuff millions of middle-school friendships are made of, but perhaps Beth and Jolene's "friendship" should be in quotation marks. Young Beth is one of the most withdrawn and solitary characters ever put to screen. Even before she was orphaned, it's doubtful she ever spent a happy day in the care of her clearly mentally ill mother. At age 8, she is tight-lipped and fiercely controlled. The only joys in her young life at the orphanage are benzo-induced out-of-body experiences and sneaking into the basement to play chess with the janitor, Mr. Shaibel (Bill Camp). 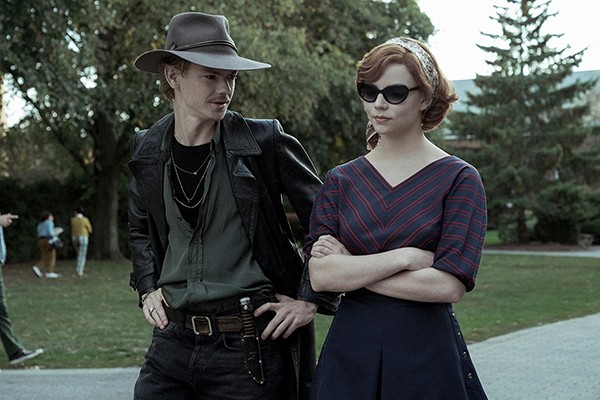 Shaibel is a fellow loner, and an amateur scholar of the game. He is startled as Beth's talents become instantly apparent. In a matter of weeks, she goes from not knowing the rules to regularly beating him. But her strategic mind remains a secret until the state bans the orphanage from feeding the kids tranquilizers.

Desperate for some more of those little green pills, Beth hatches a plan to secure a supply. The sequence where she attempts her drug heist is flawless, and it sets up her character for the rest of the series. She plans each move in advance and executes with cold-blooded precision — until she gets her hands on the giant jar of feel-good candy. Even with her endgame in sight, she's still shoveling pills into her mouth when she's caught by essentially the entire orphanage. She's banned from playing chess until she's adopted by Alma Wheatly (Marielle Heller), a neglected housewife whose crushed dream was to be a piano player.

For the rest of the seven episodes, Beth struggles to find a balance between her prodigious genius and the emotional pain that stalks her every move. After an incredible start by Isla Johnston, who plays Beth as a child, Taylor-Joy plays her as an alien observing the puny humans around her. Like Leonard Nimoy's Spock, she is not so much emotionless as she is sacrificing all feeling to keep a deep, horrible rage in check.

Scott's direction is clearly Kubrickian, and Taylor-Joy knows how to deliver a dead-eyed stare. She's gorgeous and elegant as she conquers the world of competitive chess, but you never doubt for a second that there is a huge, throbbing brain behind those eyes — dissecting your every move. The production design is off-the-charts good as Beth travels to Cold War-era Las Vegas, Paris, and Moscow to play for bigger and bigger purses, and fight for respect from the sexist chess bros who can't fathom getting beaten by a girl.

In an age of padded narratives designed to maximize streaming engagement, The Queen's Gambit remains taut up until the last two episodes, when Beth's addictions hit bottom as she preps for a championship match against Russian champion Vasily Borgov (Marcin Dorocinski).

The Queen's Gambit probably could have wrapped in six episodes, but when a show's world is rendered so beautifully, you won't mind a little extra time to look around.

The Queen's Gambit is streaming on Netflix.