On being invited to dinner in Washington, D.C. with President Obama.

So in the past week or so I've received numerous emails from President Obama, inviting me to come to Washington to meet with him. He's practically begging me to come spend some time with him. I'm quite flattered and trying to figure out what to wear. I may even go to Sears and get some new elastic-waist pants that don't have frayed bottoms like most of my other elastic-waist pants from Sears that are draped over a chair in my bedroom. It's the curse of being not only portly but also kinda short. 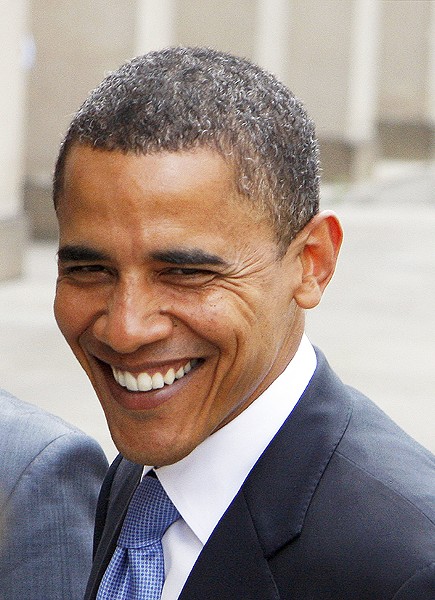 Of course, these aren't really true invitations. It's a contest and a fund-raiser. I'm not sure what the funds are for, since he's nearing the end of his presidency, but I assume the money just goes into a big pool to help keep repugnant trolls like Ted Cruz at bay. The Prez and his staff keep telling me that I need to send him "my story," and that there will be a drawing for all of the other people they've invited and that if my name gets pulled out of the hat, they will take care of my airline ticket and hotel costs. Nothing about meals and taxis and such, but it's still a pretty good deal, especially given the hotel rates in the nation's capital.

Did you even know that? The catch is that it's still against the law to buy or sell it, but if you grow it, you can smoke all you want with no repercussions. I was reading an article the other day on the online Washington Post about a restaurant that was giving away free pot seeds to people who were lined up around several blocks in the middle of the night. And while that was fascinating enough on its own, the brilliant part was that halfway through the article, there was an advertisement about a new product designed to prevent you from losing your keys, cell phone, wallet, or any other item that people tend to lose on regular basis. I praise the agency that was smart to figure out that brilliant ad placement! But back to "my story" and my invitation to visit with President Obama:

Mr. Obama, my story begins with my birth in Memphis in July 1959. Yes, I am older than you. I have only a vague and selective memory of my early years on Earth, but I do recall almost choking my infant baby brother to death on the day he came home from the hospital by trying to feed him by stuffing a maraschino cherry down his throat. I was 3 and just trying to make him feel welcomed into the family. Not long after that, I again tried to do a good deed by attempting to brush our Chihuahua's teeth. I thought it would improve his dental hygiene. Unfortunately, for both the pooch and me, I was trying to brush his little teeth with thick, brown glue. He bit me in the eye and my father shot and killed him in our backyard. Does that rhyme with "emotionally scarred?"

The next thing I knew I was ripped out of my grandmother's arms in the middle of the night, leaving bloody scratch marks on her neck, and was kidnapped. Actually, my father, who shot the Chihuahua, had been transferred by his employer to Charlotte, North Carolina, where I would spend the next six years, attend elementary school until grade three, and live with a 40-pound cat named Herman and a pet squirrel named Mr., who lived in the lining of our den curtains and slept on my pillow beside my head every night — all while living a few houses away from the neighborhood bully who was killed by electrocution and whose parents went insane because their talking bird kept screaming the boy's name from its cage on their patio every day when school was dismissed because the bird was expecting the boy to come home.

Skip ahead a few years and my family moved back to Memphis in the summer of 1968, just months after the murder of Dr. Martin Luther King Jr. Tanks were still in the streets and there were curfews, and I was starting the fourth grade at Coro Lake Elementary School and I have no clue why there were riots in the cafeteria every other day and why the kid who lives a few houses down on the lake continually picks up cottonmouth snakes by their tails and hurls them at me.

Skip a few more years ahead to my life in a Memphis neighborhood known as Parkway Village, where I lived from seventh grade until moving out of my parents' house at age 17 into a part of Memphis known as Midtown. It was 1977 and I was transitioning from an overweight high school hippie into a very skinny hippie (please don't ask how) who is torn between the folk-music genius of Joni Mitchell and the new disco vibes of Thelma "Don't Leave Me This Way" Houston. What was I supposed to do? I had no idea. Still don't. It gets only crazier from there, Mr. President, so just put the ticket in the mail. I'll rearrange my schedule to fit yours.