"Acting is a child's prerogative. Children are born to act. Usually, people grow up and out of it. Actors always seem to me to be people who never quite did grow out of it."

It concerns me that many of our biggest stars are regularly incarcerated. They seem to drop like flies once they achieve a certain amount of notoriety, so much so that we have to have shows like American Idol and America's Next Star to desperately replenish the supply of luminaries that we lose to our criminal justice system weekly.

The trouble for our stars begins with their dance with the paparazzi, whom they readily indulge early in their careers. Then, at some point, they begin to find it irritating to be constantly chased around while clubbing and sunbathing topless and are caught on tape hitting or cursing a photographer. This narcissistic flirtation with the cameras ends up being the reason for — and is often the demise of — these flash-in-the-pan dopes whom our hyper-celebrity-focused media both create and demolish. The Hollywood celebrity industry makes big bucks creating gods of these mere mortals in the name of stardom and then chastises them for being just that — mortal and very fallible.

We all know about the living Jerry Springer Show that is now Britney Spears' life, but Lindsay Lohan, Nicole Richie, Kate Moss, Amy Winehouse, David Hasselhoff, Robert Downey Jr., Alec Baldwin, Al Gore's son, and, of course, the über-celebutant Paris Hilton all have had their troubles with the law. Not to mention Robert Blake and Phil Spector, who've taken "troubles with the law" to Oscar levels. They seem to be L.A.'s equivalent of Otis on Mayberry RFD.

Of all the folks I mentioned, the one I have the hardest time understanding is Paris Hilton. She has done nothing to merit fame. Nothing. She was given $200 million in a trust fund as a result of the hard work and ingenuity of her grandfather, Baron Hilton. Her career 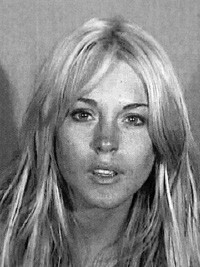 consists of being rich and getting photographed. No jobs to speak of, no stress, no car note, no mortgage, and somehow she finds herself in prison. How do you screw up being rich? Is it that hard to hire a driver? It is not like you are attempting to overthrow a government or to perform brain surgery. All Paris had to do is sit there and be rich.

Most of these drug-driven dopes in L.A. end up at a rehab center called Promises. If that place had a revolving door, it could be hooked up to a turbine and provide the energy needs of California for a month. Promises must be one of the few rehab centers with an open bar, considering the constant repeat arrests of stars who spend time there. Perhaps they should change their name from Promises to Empty Gestures or maybe Enabling Excuses.

Of course, it's possible that these "stars" may do this whole getting arrested thing to distract the public from their movies. Have you seen a good performance from any of these people — ever?

In their defense, it is really hard to get off booze and drugs, especially when you really don't want to. And at least their antics provide an opportunity for the rest of us to live the star-life vicariously, without having to go to rehab or prison.

Ultimately, we shouldn't waste time feeling sorry for these folks. Like the rest of us, they live the life they've chosen — for better or worse, mostly worse.

Ron Hart is a columnist and investor. He worked for Goldman Sachs and was appointed to the Tennessee Board of Regents by Lamar Alexander. His e-mail: RevRon10@aol.com.