Well! I just said that out loud, very haughtily, like Ethel Mertz used to do when Lucy Ricardo said something snide about her. Much to my surprise, I opened this paper last week only to read that "The Rant" I usually write was not by me but about me, written by that guy Dennis Phillippi, who called me a dissolute misanthrope and a lunatic. Some of my friends took offense to this but mainly because they don't know what "dissolute misanthrope" means and just assumed it was something quite criminal and vile. All Dennis meant was that I'm something of a lowlife who doesn't trust other people. Hmm. He may be on to something. But he was wrong about a couple of things. He wrote that I know my "local politics," which couldn't be further from the truth. I have no idea who is on the City Council right now. I can't remember who got stung in the Tennessee Waltz, nor do I care at all what they did and what happened to them. The only local politician I'm really interested in — and he's not that local anymore — is Congressman Steve Cohen, because he got that pet cruelty law passed that made the consequences harsher for people who throw their dogs out of car windows while driving, and he tried to pass a hate-crime bill to make the consequences harsher for people who beat up people because of the color of their skin. Or at least that's the way I remember it, and I think he's a good guy. The only other person related to local politics that I can recall writing about is John Ford's ex-wife Tamara Mitchell-Ford, and that was only because I really wanted to go out drinking with her and would have loved to have been in the Jaguar when she drove into that woman's house in Collierville. I still think that's the coolest thing that's happened in Memphis in a long time. I like her too. I'll admit to being a little hooked on 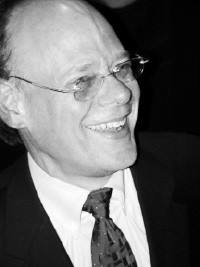 national politics, but it's not at all because I care about it. I just think it's sometimes very entertaining, like watching a really good episode of The Chipmunks. The latest stunt that made my eyes roll into the back of my head was this past weekend's spectacle with Barack Obama rolling out Oprah Winfrey, or vice versa, on the campaign trail in South Carolina. Ugh. Barack! I know you're a politician and you have to get the votes, but lowering yourself to playing on the emotions of the lemmings who don't have the brains to read a book unless the queen of daytime television recommends it? I was probably going to vote for him, but I'm not so sure now. I know too many people who have had personal experiences with Oprah and have horror stories about what a monster she really is. Speaking of Big O's ... as I write this, it is the 40th anniversary of Otis Redding's death, and I care much more about that than anything in politics — well, short of the torture thing, which does indeed piss me off. I just get a bit hot when I have to face the fact that I live in a country that is as bad as any "terrorist nation" when it comes to playing dirty by holding people in hot cages and secret prisons for years and repeatedly torturing them without any real proof that they did anything wrong. I can't help but think of what that must be like. I know most people ignore it and go about their daily routine blind to it, believing that the good old U.S. of A. can do no wrong, but it irritates me to have to tell people that I'm from Canada when I travel to a foreign country. But back to the real Big O. I would have voted for Otis Redding for president in a heartbeat. He grew up in a housing project in Macon, Georgia, and when he died at the tender age of 26, he had become one of the finest people to have ever lived. Think about how awesome the United States would be if we had Otis Redding for president. The quintessential soul man. The man who urged everyone to "Try a Little Tenderness." The man who gained and showed "Respect." Now that would have been something to write about.