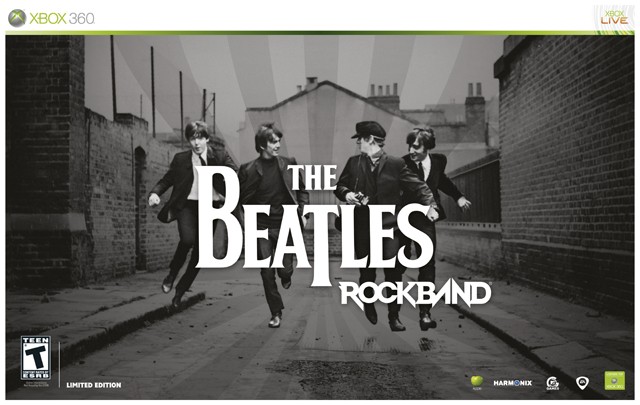 I wouldn't know an Xbox from a PlayStation if you smacked me upside the head with one, so I haven't the slightest idea how "The Beatles Rockband" game works. I was curious enough to watch some of the animated videos, however, and they are wonderful. Besides, if I want to play a Beatles song, I'll mess it up on real guitar like everybody else. But it's amazing to me that 40 years after they broke up, the Beatles are the hottest, cutting-edge group going. Consider that the remastered CDs, prepared for release to coincide with the "Rockband" game, have already sold 2.2 million copies — in a marketplace that barely sells CDs anymore. They topped the Billboard charts yet again, and the Las Vegas Cirque du Soleil "Beatles Love" show is sold out forever.

My wife Melody and I were surfing channels on a recent Sunday afternoon when we came across The Beatles Anthology on VH1. Six hours later, we wondered how the time flew by so quickly. We concluded that the first couple of years of Beatlemania were the best and last innocent times we knew. In 1965, LBJ was sending half a million men to Vietnam, and by the time the Beatles reached Memphis in 1966, the emerging evangelical movement was ready to crucify John Lennon for saying the Fab Four were more popular than Jesus. All those pictures you saw with people holding signs saying "Beatles Go Home" were taken in Memphis, where they held a counter-Beatles rally and concert while the lads played the Mid-South Coliseum. I was there when the cherry bomb was tossed from the upper balcony, and John Lennon jumped as if he had been shot.

The Beatles played two shows in Memphis, and there were still tickets left unsold. Had I known that, I would have attended both shows. But I saw the Beatles, and despite the pandemonium, I also heard the Beatles; and it was a religious experience.

So many moments in my life are punctuated by Beatle songs. The first time I heard "I Want To Hold Your Hand," I was driving east on Walnut Grove and immediately took a left on Mendenhall and headed for Pop Tunes on Summer to buy the single (which I still have in the original dust cover). I can tell you where I was sitting in Knoxville the first time I heard "Day Tripper" and wished I was still in a band. Melody favors "Norwegian Wood" and insists that if I outlive her, "In My Life" must be played at the memorial service. I was thinking of "Nowhere Man" for mine, but I figure it's too self-deprecating, so I'll settle for "The End." And during the multi-year run of my lost and lamented radio show, "The Psychedelicatessen," I always started the program with two Beatles songs, just to begin where it all began. My life would have been immeasurably less interesting without the Fab Four in it, and I am grateful.

George Harrison was still alive during the taping of the Anthology, and there was a scene toward the end when the surviving three were discussing the impossibility of a Beatles reunion. Responding to a suggestion that Julian Lennon replace John, Paul said, "Why would we wish to put him in the middle of this?"

It's better to "Let It Be" and savor the memories of a remarkable era. The "Rockband" game offers memories in the making for young fans who weren't alive when the Beatles ruled the world, and its popularity indicates it's possible a new wave of Beatlemania is in the air. I don't intend to start playing video games at my age, but I'm sure happy that "Rockband" Beatles is there. If I had teenagers, their Christmas presents would be already chosen.

My new show-biz idea is to start a band called Sons of Beatles. Ringo has two sons, Zak and Jason Starkey, who are both drummers; Zak, most notably, with the Who. Consequently, the Sons of Beatles could have double drummers, like the Allman Brothers. Both Sean and Julian Lennon are artists and singers, with Julian showing a prodigious talent for songwriting. Dani Harrison, George's son, is a singer and guitarist, and surely one of Paul's children, maybe James, can be taught to play bass, if he doesn't already know how. Put them all under the control of George Martin's son, Giles, who was instrumental in assembling "The Beatles Rockband," and you have a phenomenon waiting to happen. I would certainly like to see it, even if they were lousy. But there's too much nascent talent there for that to happen. Since Brian Epstein left no progeny, I will volunteer for the manager's position. That's okay, fellows. You don't have to thank me.