A revealing survey was released last week by the Public Policy Polling group comparing the popularity of Congress to various noxious irritants that clutter our world. Among other things, respondents preferred used-car salesmen and the NFL replacement refs to the 112th Congress. 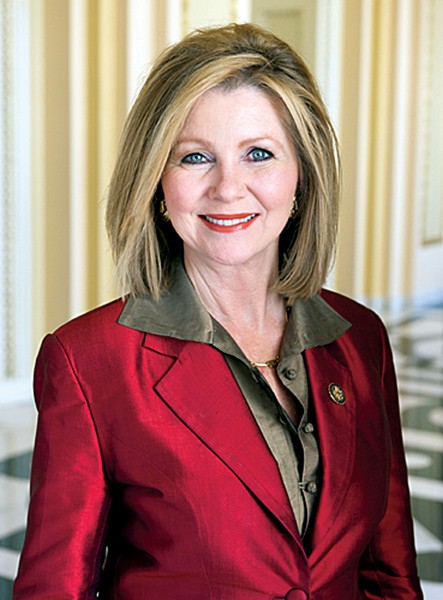 Congress has been polling at a history-making 9 percent approval rating by the American people — the lowest approval number since polling was invented. I can only imagine those nine people out of a hundred who think the legislative branch is doing a good job are either congressional spouses and dependents or the brain-dead remnants of Glenn Beck's following.

I can't think of a Congress that has accomplished less and is more deserving of public scorn than this one, unless you include the Congress of 1856, when Charles Sumner was brutally caned on the Senate floor, which — on second thought — would probably garner more public approval than anything this batch has done. In fact, I'm certain there are many who feel a little caning might have helped during the previous cantankerous session. Instead, the current crop of congressional Republicans have been administering a metaphorical caning to the American people since 2008, and there are blinking neon signs of public revulsion — not the least of which was the total rejection of the GOP platform in the November election. Just when voters were hoping for a return to a semblance of sanity, the dictatorial, ideological, Republican jihadists didn't seem to get the message, and they continue their crusade against the will of the people. No wonder people hate Congress.

Of the 26 different categories the PPP used in polling, Congress was found to be less preferable than head lice, cockroaches, and Nickelback, but to their eternal credit, they scored higher than gonorrhea, John Edwards, or the Kardashians. I sense a prejudice against the Kardashians, however, for overexposure. At least they get things done, even if it's elective surgeries or the bunny-like multiplication of their TV franchises. Just look how fast it took Kim to get pregnant by Kanye West and spin it into a new reality show on Bravo. Elvis would have called that "takin' care of business." The Kardashians do more in a day than the legislative branch does in a month. What I found interesting, as a patient of intrusive gastric probery, was that Congress was deemed even less popular than a colonoscopy. I was puzzled by the comparison for a minute, and then it made perfect sense. When you have a colonoscopy, at least they knock you out before shoving something up your ass. An earlier poll revealed the Republicans weren't accepting the election results easily; 49 percent of GOP voters agreed with the statement that ACORN stole the election for Obama.

In a move to counter the criticism that they are incapable of accomplishing anything, the House of Representatives passed a bill last week that bans the word "lunatic" in all federal legislation. Michele Bachmann had the honor of introducing the first bill of the 113th Congress: to "repeal Obamacare in its entirety," the 34th such attempt. Speaker John Boehner rewarded the zany representative by reassigning her to the Intelligence Committee. Now, Bachmann will be privy to the nation's most sensitive and classified military information. Feel better?

Tennessee representative Marsha Blackburn followed Bachmann the next day with a bill to defund Planned Parenthood, calling the organization "Big Abortion." Not to be outdone, the very next day, another self-loathing female Tennessee congressperson, Diane Black of Gallatin, introduced the exact same bill with the same sponsors. Planned Parenthood president Cecile Richards said, "They apparently learned nothing from the results of the last election, when Americans said overwhelmingly that they do not want politicians dictating women's access to health care." In an interesting aside, before running for office, Diane Black was a nurse.

In a contemporaneous account, a former acquaintance claimed Blackburn showed up in Nashville in the early 1980s, newly graduated from Mississippi State, claiming to be an "image consultant." She and her husband started a business, with Blackburn leading seminars for teaching aspiring corporate women how to dress for success. Political observers have called Blackburn a "rising star" in the Republican Party. Meanwhile, a local political action committee has been formed with the goal of bouncing the representative from Brentwood out of Congress. In addition to her opposition to Planned Parenthood, Blackburn recently claimed on CNN that gun control is not the answer to mass shootings, because "hammers, hatchets, cars, and video games" also contribute to the murder rate in the United States. Blackburn may dress smartly, but she votes like an idiot. And my confidential source also said that she lies about her age.

Former GOP representative, now-MSNBC host Joe Scarborough has said that he is tired of the Republicans being the "stupid party." "Morning Joe" claims that the Tea Party wing is destroying the party's chances of competing in national elections because of its extremist views. But as the Tea Party declines in public favor, its voices only grow louder.

Latest to join the fray is Georgia representative Phil Gingrey. Just when you thought comments about "legitimate rape" were gone from the national discussion, here comes Gingrey claiming that Senate candidate Todd Akin's statements were "partially true." Discussing the subject of rape with the Georgia Chamber of Commerce, Gingrey stated that "a scared-to-death 15-year-old who gets impregnated by her boyfriend" might tell her parents she's been raped, as opposed to a "legitimate rape," which increases a womans' adrenaline and may cause an interference in ovulation. However, if a woman has already had her period, Gingrey explained, "then the horse is out of the barn, so to speak."

Can you guess what Gingrey did before becoming a congressman? He's an OB-GYN. His Georgia colleague in the House, Representative Paul Broun, recently stated that "evolution, embryology, the Big Bang Theory are all lies straight from the pit of hell." Like Gingrey, Broun is a physician. I didn't know Vatterott College had a med school.

Randy Haspel writes the "Born-Again Hippies" blog, where a version of this column first appeared.