Diversity for diversity's sake ... and other matters.

I believe in diversity for the sake of diversity — and for a lot of other reasons. And I think the justices of the Supreme Court who decided to let the voters in Michigan choose whether public colleges and universities can factor in a potential student's race for acceptance made a mistake. And I'm happy that Justice Sonia Sotomayor dissented to the tune of 58 pages and read them aloud, pointing out that we are not living in a post-racial America just because we have an African-American president and that there is still some Jim Crow going on around us even as we speak. Look what just happened with Los Angeles Clippers owner Donald Sterling. 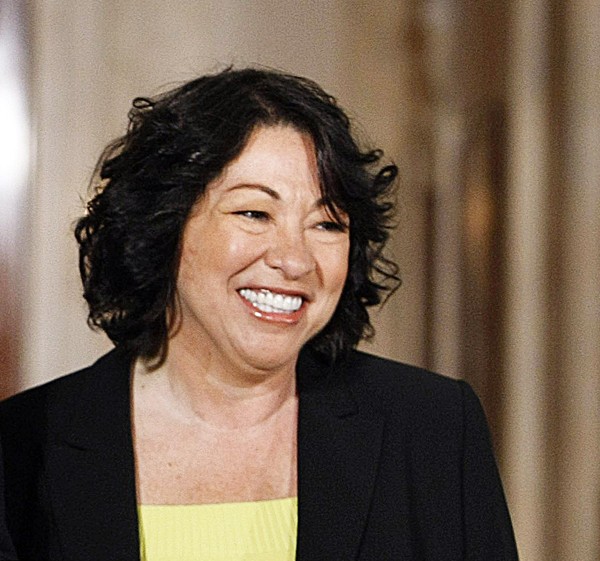 It would be great if race were not an issue in America, but it is. So is gender. Women still get paid less than men for doing the same work. And because of centuries of oppression, African Americans are proportionately less economically advantaged than Caucasian Americans. It's pretty simple. Our country was basically founded on the premise that Christian white males would rule the roost.

Yes, we've advanced, and things aren't as bad as they used to be, but we haven't yet reached the point where affirmative action has made America into a level playing field. All you have to do is drive down Union Avenue and see the giant statue of the founder of the Ku Klux Klan to realize we are still a little lacking in the areas of respect and sensitivity to the millions of people who were kidnapped from their home countries, packed into filthy conditions on boats, brought to this country against their own free will, bought and sold like livestock, separated from their families, forced to work for no wages, and, in all too many cases, were tortured, beaten, and killed. Almost every black person in the United States shares that history. I wonder how many people in Michigan who believe in banning affirmative action can say that. And speaking about that statue, I have lots of friends from other countries who visit Memphis, and they are incredulous when they see that eyesore. Can we not do away with that thing once and for all?

I know affirmative action is a touchy subject, and that I'm running the risk of sounding condescending to black people and that is certainly not my intent. It's just that I see the disparity every day. When I drive to work, I go through one of the most affluent zip codes in the city. Then I cross one street that takes me into one of the most economically depressed zip codes in the country and, yeah, it's disheartening. I know many of us live paycheck to paycheck, no matter the color of our skin, but I know a lot of the children in low-income neighborhoods inherited a very different life than those who are born into affluent families. And I won't play the blame game here. It's just a fact that there is economic inequality among the races in America and, for all our diversity, the big picture playing field is still not fair.

If you think we are in a post-racial America where affirmative action has done its job and racism is a thing of the past, all you need to do is read some of the comments posted on newspaper articles and editorials on this Supreme Court decision that are in support of Sotomayor's dissenting opinion. Otis Sanford wrote a great piece about it in The Commercial Appeal, shortly after the decision, and the commenters, using fake names of course, went ballistic. Hiding underneath their hoods so people can't see who they really are, they collectively branded him a racist for suggesting that Sotomayor was right to disagree with the majority. They don't believe a college or university should be diverse for the sake of diversity. And they are the same ones who lump all young African Americans together as uneducated gang bangers and thugs.

I think the way to stop discriminating on the basis of race is to talk openly and candidly about race and to use our real names and sometimes agree to disagree. Until these cowards stop spewing racist remarks freely under their clever little online "handles," they are just going to feed off of each other and do what they can to keep Jim Crow alive and well. Banning them or making them use their real names in newspaper comments would be a small step in the right direction.