Several applicants are in line for two vacancies, one in the legislature and one on the school board.

As a Thursday filing deadline approached for would-be successors to the revered, recently deceased Lois DeBerry in state House of Representatives District 91, the number of potential candidates, as of Tuesday morning, was already lengthy. 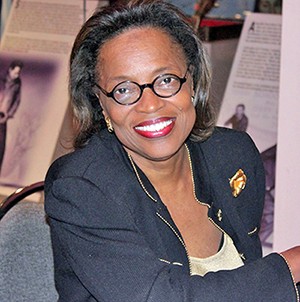 Democratic and Republican primaries are scheduled for October 8th, but those who have drawn petitions so far are all apparently running in the Democratic primary. They are: Mary Taylor Wright, Raumesh Akbari, Terica Lamb, Dwight DeBerry, Doris A. DeBerry-Bradshaw, Thomas Johnson Jr., Joshua R. Forbes, and Clifford N. Lewis.

Wright and Lewis are familiar names at election time, having run for a variety of offices in the past. Given that special elections usually draw low voter turnouts, the fact of having run before could pay dividends.

And having the same name as the seat's illustrious predecessor won't hurt, either. Dwight DeBerry is apparently a cousin of the late Representative DeBerry, while Doris DeBerry-Bradshaw is the sister of the other DeBerry serving in the legislature, state representative John DeBerry (no relation to Lois DeBerry) in District 90.

Lamb, an employee of county government, is getting some good play among Democratic activists just now.

A general election will be held on November 21st, featuring the Democratic nominee, a Republican nominee, if any, and possibly some independents.

• Another election deadline of sorts passed last Friday, when the Shelby County Commission closed off the list of applicants for the District 6 position on the Unified School District school board.

The commission was scheduled to meet on Wednesday to interview the candidates, and, in its public meeting of September 9th, the commissioners will select one, who will be the successor to Reginald Porter, now the Unified District's chief of staff.

• On Wednesday, Mayor A C Wharton was scheduled to preside over a 50th anniversary commemoration of the 1963 March on Washington in City Hall Plaza. Entitled "Let Freedom Ring," the program will involve several local pastors and will include a ceremonial bell-ringing.

In a sense, the ceremony will be the second consecutive event at City Hall honoring Dr. Martin Luther King.

Last week, the mayor and members of his administration, on one hand, and officials of the AFSCME public employees union, on the other, participated in a symbolic signing ceremony Monday afternoon in the City Hall lobby, one at which the name of Dr. King and his involvement in the fateful 1968 sanitation strike were both invoked.

The event was to have preceded the ratification last Tuesday by the Memphis City Council of an agreement (described in this space last week) between the city and the sanitation workers represented by AFSCME.

But there was a vital omission in the planning.

And few council members, if any, had expected the matter to be brought before the council at the regular biweekly public session last Tuesday. "It's par for the course," said Conrad about what he characterized as a Wharton habit of proceeding on major initiatives with little or no advance warning or consultation with the council.

The bottom line was that the issue, which received some attention — and some brisk questioning — during a morning meeting of the council in executive session, was by general consent removed from the docket of last Tuesday's meeting.

"I think we're close to an agreement, but we have some questions, and the council needed to be more involved," Conrad said. Mark this one down as a setback — a fiasco, even — but one that was apparently on its way to being righted, possibly even before next week's regular council meeting.

• There was also a delay in two other public proceedings. In one, an ethics commission acting on behalf of Shelby County government, met briefly last week with special counsel Brian Faughnan and attorneys for Shelby County commissioner Sidney Chism.

This was in relation to a complaint levied against Chism by commission colleague Terry Roland regarding the fact that a South Memphis day-care center owned by Chism had been the beneficiary of Head Start funding approved by the commission and had not disclosed his interest when voting on the county budget.

The complaint had political consequences in that the mere filing of it had deterred Chism from participating in the first rounds of voting for this year's county tax rate, which was ultimately raised at the request of county mayor Mark Luttrell. Roland had opposed the increase.

The ethics commission meeting dealt only with aspects of legal discovery, and the commission members indicated that several more meetings might be necessary before the matter is resolved.

• All the parties in the ongoing school-merger litigation, faced with a deadline last week for status reports from presiding federal judge Hardy Mays, joined together to seek a 60-day extension.

In an August 14th order, Mays had "invited" the parties to respond by last Friday to his inquiry as to what — after Act 256 of 2013 apparently resolved the constitutionality issue for new suburban school districts — the remaining issues were that were moot for further litigation.

Subsequent to Mays' issuance of the order, two weeks ago, the parties had conducted at least one go-round of multiparty negotiation, but little headway was made toward an agreement, so their collective answer to Mays' order was a request for two more months to keep trying.

The germ of the response was in this part of the brief, filed for all contending parties by Lori Patterson, special counsel for the Shelby County Commission:

The brief goes on to say the parties are conducting "negotiations in good faith and ... expect and hope that these negotiations will result in the settlement of all claims."

One of the main bones of contention concerns the means by which the six new planned suburban school districts can avail themselves of existing school infrastructure (now owned by the Unified School District). Another is regarding the question of which district or districts can lay claim to students in unincorporated Shelby County.

And overriding everything at the moment — as well as constituting a possible bargaining chip — is the claim, still being pressed by the Shelby County Commission, that resegregation will be fostered by creating new school districts in Germantown, Collierville, Bartlett, Arlington, Lakeland, and Millington.

In 60 days, some horse trading may yet be accomplished to end the current impasse. If not, Mays may be obliged to formally consider the resegregation claim, either by trial or otherwise.