It's safe to say that Memphis loves Booker T. & the MGs. For those who know music, the entire Stax Records catalog is held in reverence, and rightfully so. It’s especially fitting that the Stax house band has come to be recognized as fundamental to that sound. This was not always the case.

Now, with the group’s swan song, Melting Pot, released in remastered LP form via Craft Recordings’ Memphis Masters series (a project that also has seen four other distinct albums and the entire Staple Singers’ catalog given the same treatment), it’s a good time to take stock of what the MGs were and what they became.
In his new autobiography, Time is Tight: My Life, Note by Note, Booker T. Jones has made it clear, in both the book and in related interviews, that he felt a great deal of frustration at Stax, even as he helped create their signature sound. The MGs were good, he’s noted, but could have done so much more if they’d been given the time. In hindsight, his decision to leave for a new life in California makes sense.

By 1969, as he writes in the book, “I had left Memphis, and Stax Records, but I hadn't quit the MGs.” And yet, during an MGs recording session in Hollywood, it seemed he would be leaving his signature group behind as well. Taking a break in the session, Jones told drummer Al Jackson Jr. what was eating him. “I confessed how I had been feeling ‘unartistic’ and ‘unoriginal’ in all our musical undertakings. I was just plain unhappy. Why were we settling for less?” 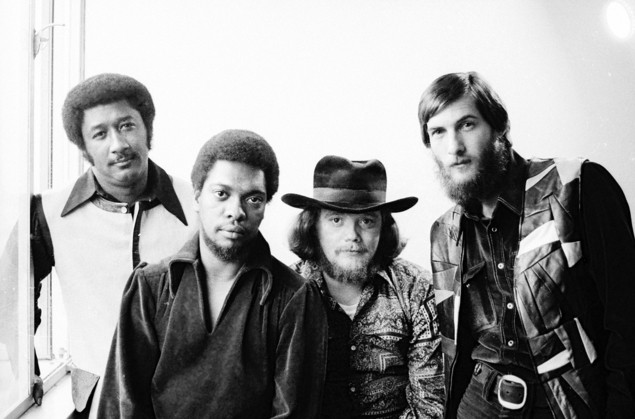 Even acknowledging that the two albums recorded by the group that year, The Booker T. Set and McLemore Avenue, consisted entirely of covers, perhaps Jones was too hard on himself. The latter release now stands as an exemplary re-imagining of The Beatles' Abbey Road, as creative as any jazz recording of “covers.” And yet perhaps the exercise led Jones to imagine the possibilities if they, the MGs, had the absolute creative freedom of the Fab Four. In the end, the Hollywood sessions were called off and the MGs went back home, their future clouded with doubt.

Thus was the context when Jones got a call to fly to New York toward the end of that year. Unbeknownst to him, the MGs had booked time at A&R Studio there. When he arrived, Steve Cropper, Duck Dunn, and Jackson were already experimenting with a unique groove:

I asked no questions, hung my coat up, and walked over to the B-3. There was new energy. I could see it on the faces of Al and Duck. Al got that little twist in the corner of his mouth when he smiled that indicated a Max Roach-like intensity in his playing, and he started hitting the cross stick with his left shoulder sunk down to the side. His head was looking away as if he was in a trance. Steve started a funky rhythm like a precursor to 'Chic.' Something Nile Rodgers might have struck up. Duck chimed in, using his first and third fingers to pull the strings hard, his lips poling out like they did when he was on a mission.  - Booker T. Jones, Time is Tight

And thus the track “Melting Pot” was born, growing from what Steve Cropper has called their telepathic connection:

Another revelation in Jones’ book was that, in his mind, the album only exists thanks to that one track, which was all the group cut in that New York session. Even that might not have come to be. Stax co-founder Jim Stewart's first reaction was that it was “too jazzy,” a criticism that had kept many other MGs instrumentals unreleased. Ultimately, though, Stewart relented, collecting all of those “too-jazzy” tracks in one cohesive package.

Some of the other tracks may have been around for quite some time. “Kinda Easy Like” is credited in part to original bassist Lewie Steinberg, who had been replaced by Duck Dunn in 1965. Hearing it now, it does sound like cousin to their original hit, “Green Onions,” though it features the uncharacteristic element of background singers, perhaps overdubbed later. As critic Robert Christgau noted in his 1971 review, “A Vegas-jazz boop-de-doo chorus upsets the balance of side two pretty badly,” and yet to these ears they bring an amusing new texture to the mix, albeit a slightly kitschy one. And apparently, at the time, the vocal element only offended the rock-and-roll purists: the record ultimately climbed to No. 5 in the 1971 jazz charts.

Nevertheless, the bulk of the album is solid, earthy soul/funk of the Stax variety, more ’60s than ’70s. The clearest exception is the closer, “Sunny Monday,” which somehow spans both jazz, funk, and rock, opening with an oddly timed acoustic guitar ostinato with echoes of “Here Comes the Sun,” that soon enough takes a left turn into funkier lands. “Chicken Pox” also has a strong rock element, foreshadowing in its own way the rock/funk riffs of Funkadelic and their ilk.

Somehow heralding the new age of album-oriented rock, tracks like these cinch the triumph of Melting Pot as a wholly original artistic statement by a group that operated for most of its existence in the shadows. On this record, they are a jazz band, a soul band, and a rock band, doing what they did best: defying expectations. Long live Booker T. & the MGs, and long live Melting Pot.