Amid all the turmoil, 2019 turned out to be a stellar year at the movies.

The year 2019 will go down in history as a watershed. Avengers: Endgame made $357 million on its opening weekend, which was not only the biggest take for any film in history, but also the most profitable three days in the history of the American theater industry. It was the year that the industry consolidation entered its endgame, with Disney buying 20th Century Fox and cornering more than 40 percent of the market. Beyond the extruded superhero film-type product, it turned out to be a fantastic year for smaller films with something to say. Here's my list of the best of a year for the history books.

Worst Picture: Echo in the Canyon Confession: I decided life is too short to watch The Angry Birds Movie 2, so Echo in the Canyon is probably not the worst film released in 2019 — just the worst one I saw. Laurel Canyon was brimming over with creativity in the 1960s and 1970s, with everyone from Frank Zappa to the Eagles living in close, creative quarters. How did this happen? What does it say about the creative process? Jakob Dylan's excruciatingly dull vanity documentary answers none of those questions. The best/worst moment is when Dylan The Lesser argues with Brian Wilson about the key of a song Wilson wrote.

Best Documentary: Apollo 11 There was no better use of an IMAX screen this year than Todd Douglas Miller's direct cinema take on the first moon landing. Pieced together from NASA's peerless archival collection and contemporary news broadcasts, Apollo 11 is a unique, visceral adventure. 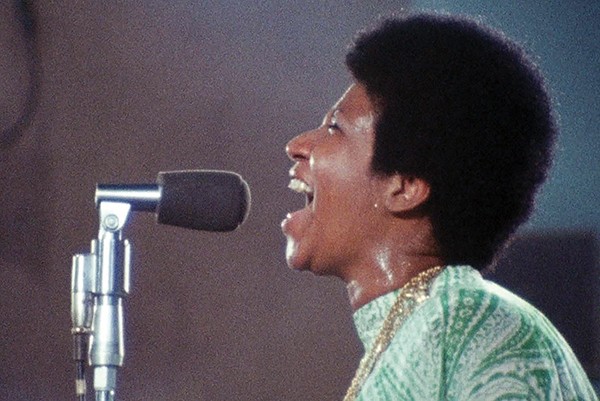 Best Music: Amazing Grace The year's other direct cinema triumph is this long-awaited reconstruction of Aretha Franklin's finest hour. The recording of her 1972 gospel album was filmed (badly) by director Sydney Pollack, but the reconstruction by producer Alan Elliott made a virtue of the technical flaws to highlight one of the greatest performances in the history of American music.

Best Performance by a Nonhuman: King Ghidorah, Godzilla: King of the Monsters Godzilla: King of the Monsters was a tasty treat for megafauna fetishists. Godzilla, the Cary Grant of kaiju, looked dashing, but he was upstaged by his three-headed arch enemy. King Ghidorah, aka Monster Zero, whose pronoun preference is presumably "they," is magnificently menacing, but versatile enough do a little comedy schtick while pulverizing Boston. 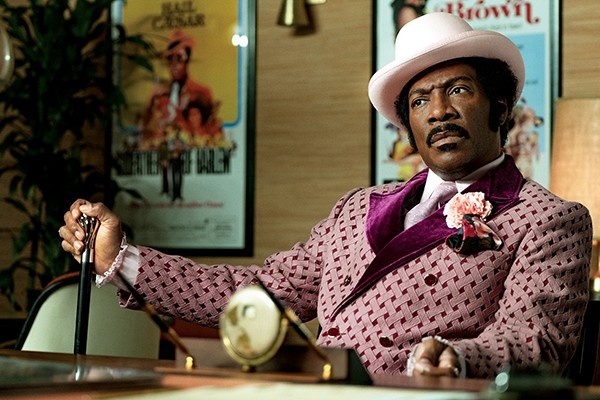 Slickest Picture: Dolemite Is My Name Eddie Murphy's comeback picture is also Memphis director Craig Brewer's best film since The Poor & Hungry. Murphy pours himself into the role of Rudy Ray Moore, the comedian who transformed himself into a blaxploitation hero. The excellent script by Ed Wood scribes Scott Alexander and Larry Karaszewski hums along to music by Memphian Scott Bomar. Don't miss the cameo by Bobby Rush!

MVP: Brad Pitt Every performance in Quentin Tarantino's Once Upon a Time in Hollywood is great, but Brad Pitt pulls the movie together as aging stuntman Cliff Booth. It was a performance made even more remarkable by the fact that he single-handedly saved Ad Astra from being a drudge. In 2019, Pitt proved he's a character actor stuck in a movie star's body.

Best Screenplay: Knives Out In a bizarre twist worthy of Rian Johnson's sidewinder of a screenplay, Knives Out may end up being remembered for memes of Chris Evans looking snuggly in a cable knit sweater. The writer/director of Star Wars: The Last Jedi dives into Agatha Christie mysteries and takes an all-star cast with him. They don't make 'em like Knives Out anymore, but they should.

Best Performance: Lupita Nyong'o, Us If Jordan Peele is our new Hitchcock, Get Out is his Rear Window, an intensely focused and controlled genre piece. Us is his Vertigo, a more complex work where the artist is discovering along with the audience. Lupita Nyong'o's dueling performances as both the PTSD-plagued soccer mom Adelaide and her sinister doppleganger Red is one for the ages.

Best Picture: Parasite Bong Joon-ho's Palme d'Or winner absolutely refuses to go the way you think it's going to go. There was no better expression of the paranoid schizophrenic mood of 2019 than this black comedy from Korea about a family of grifters who infiltrate a wealthy family, only to find they're not the only ones with secrets. It was a stiff competition, but Parasite emerges as the best of the year.