Yes, some incredible archival compilations were released this year, such as Robert Gordon's Memphis Rent Party, the lost Zuider Zee demos of Zeenith, or Stax '68 and The Stax/Volt Singles, Vol. 4 from the Soulsville archives. But Memphis is a city of innovators.

Blocboy JB - Simi (Bloc Nation) Riding the words "901 Shelby Drive, look alive!" to global dominance, this is an encyclopedia of innovative sounds. Producer Tay Keith is all over it, from the Drake hit to the hallucinatory sci-fi thug opera "Shoot." Rife with the N-word, the B-word, and other words whose initials we can't even print, Blocboy's rhymes conjure visions of thug life both uproariously fun and surreal.

Lyrics and chord changes that are unsettling but so right for the melodies, a band chomping at the bit to release industrial-strength noise, unexpected tender flourishes: This is classic Bobo and more, as he surveys human venality and the brooding legacy our children will inherit.

Stephen Chopek - Begin the Glimmer (Self-released) With one well-crafted tune after another, there's a shimmering quality to Chopek's strummed acoustic guitar, nestled in punchy grooves with his drum, bass, keyboards, and minimal lead guitar. Chopek's plainspoken voice floats over it with slightly skewed or historical lyrics worth puzzling over.

Faux Killas - Chiquita (Self-released) If you like early Roxy Music and the Damned, well-crafted songs with spirited vocal harmonies, and atonal synth squeals over Memphis-rocking guitar riffs — and you should — this is for you. Though the production/mastering is muted, that's easy to fix: Just add volume.

Jonathan Kirkscey - Won't You Be My Neighbor? (Back Lot) This soundtrack to the Mr. Rogers film of the same name is technically by "various artists," but, aside from three tunes by Rogers himself, this is all Kirkscey. Much here expands on the minimalist, hypnotic territory Kirkscey's mined earlier, but newly lyrical lands are explored as well. "Koko," with its tender, tentative harp, will get you tearing up over a gorilla.

Lucero - Among the Ghosts (Thirty Tigers) The band frames noirish vignettes with their mighty rural-route rock. Each song unfolds like a short story, mixing foreboding and regret with a longing for home. Musically, it's like minimalist Springsteen, stripped of ornamentation, leaving a multi-textured, propulsive drive, as characters fight for survival.

Marcella & Her Lovers - Got You Found (Self-released) In an earlier era, this album would have gone gold, perhaps mistaken as another single from the Staple Singers. That's literally true on "Where You Are" — but only after a heartfelt intro of Louisiana accordion and voice. Indeed, Marcella Simien's singing propels the whole thing through Afro-pop, funk, and soul. 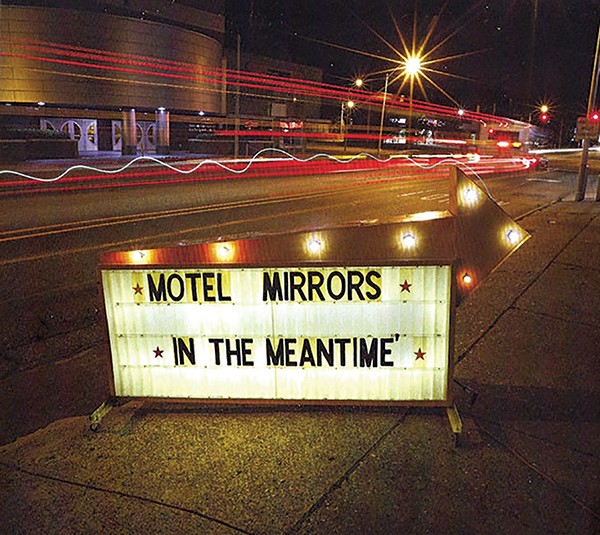 Motel Mirrors - In the Meantime (Last Chance) With a creative grasp of rootsy grooves, respect for telling lyrics, and fine duet harmonies, this record could have been made in the '50s. If there are telling details of more modern attitudes, as in Amy LaVere's defiant-yet-affectionate "Things I Learned," most sentiments here are timeless. And their rocked-up cover of the Western Swing classic "The Man Who Comes Around" proves it.

Unapologetic - Stuntarious, Vol. 3 (Unapologetic) This collective strikes again with all its ingenuity, humor, and groove intact. The beats, crazy samples, electronic textures, and occasional jazz changes keep your ears alert; and the lyrics go to unexpected places: self doubt, the vagaries of time, eliminating waste in triumph over one's foes. Cameron Bethany's voice takes his tracks to hair-raising high points, like "There."