Thoughts About How to Win Memphis Council District 5

Some readers may recall that, in 2015, I ran unsuccessfully for the Memphis City Council as an avowed progressive in District 5. Since then, I have heard several people comment that District 5 was won by a conservative because three progressive candidates ran and split the vote. Now that the 2019 city elections are on the horizon, I would like to dispel that myth and look at what is potentially different for the district in 2019. 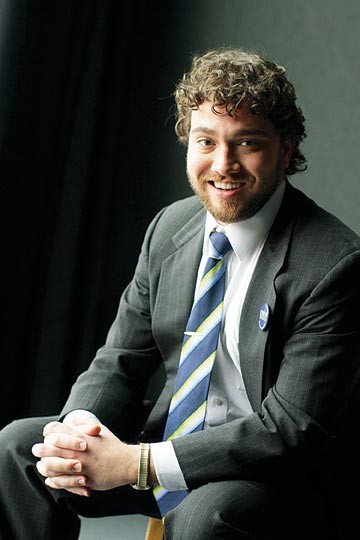 Even if only one progressive had run in 2015, that one progressive would have lost. Worth Morgan, the current councilman and eventual winner, had $300,000 in his campaign war chest, and the votes of conservatives Dan Springer and Morgan combined were 55 percent of the total vote, as compared to 42 percent of the combined percentages of Mary Wilder, Chooch Pickard, and, me, all progressives in good standing.

Democratic turnout was lower than expected that year. A lot of working-class and middle-class voters were upset over the city council's votes on pension retrenchment, and they evidently did not see any alternative that excited them enough to show up to the polls. Meanwhile, conservatives came out strong for mayoral candidate Jim Strickland.

Strickland and I both happened to be at one of the polling sites on Election Day, and I said to him: "Based on who has voted early and the seemingly low turnout today, I believe what is going to help you is going to hurt me."

Having seen the early voting data, I also mentioned to Mary Wilder my belief that it would be Morgan versus Springer in the runoff, because of the high conservative turnout.

The fact is, District 5 is not exactly a blue district. Yes, it has Midtown and Binghampton, but it also contains most of East Memphis. In essence, Midtown progressives saw all of their districts either transformed or moved elsewhere in Tennessee in post-2010 redistricting. Congressman Steve Cohen's former state Senate district was affected, as were the state House seats formerly occupied by Jeanne Richardson and Mike Kernell.

In any case, in 2015, any progressive who might have made the runoff would have lost handily. I thought I could prevail on the strength of personally knocking on some 6,500 doors in a four-month period, while my supporters were doing likewise. Hindsight tells me I was over-optimistic.

Had any of us progressives made that runoff, the older and wealthier white vote would have shown up in higher numbers, and no amount of knocking on doors would have prevailed over the tidal wave of money committed to the conservative contender.

Instant runoff voting (IRV), which should already have been implemented after the 2008 referendum approving it, could well transform the electoral situation if it is employed in 2019. Runoffs have allowed the city's economic elite to control a council that should by all rights have a majority voted in by working-class voters and people of color. That is why the IRV issue mattered enough for me to volunteer on its behalf in the referenda of both 2008 and 2018.

Looking ahead to 2019 voting, I find myself wondering whether or not the blue-wave turnouts we saw last year will continue to prevail in non-federal elections. If  IRV is properly implemented, a progressive could win District 5. That result would not be guaranteed, although a progressive with the ability to at least partially self-finance would, in my judgment, have a fair chance of  success.

Our current council members — and the status quo types behind them — thought it was a good idea in 2018 to try to undo decisions already made by voters in 2008, and they had the temerity to spend $40,000 of our taxpayer money to campaign for such a result in last fall's referendums.

I would just say this: If you are a progressive prepared to run hard and govern well, please announce your intentions soon, because your city needs you.

John Marek is a lawyer, activist, and occasional candidate for various offices.