Tim Howard Comes Out of Retirement to Join 901 FC Roster

Once part of the game, always part of the game. Earlier today, Memphis 901 FC owner Peter Freund and president Craig Unger announced the signing of Tim Howard to the team’s playing roster for the 2020 USL season. Howard, already a part-owner and sporting director of the organization, will now juggle three separate positions for 901 FC.


“Since my retirement in October, my obsession for football has grown,” said Howard upon signing his contract. “The desire to win continues to drive me. I love to play, and I love to compete, this gives me the opportunity to do both.” 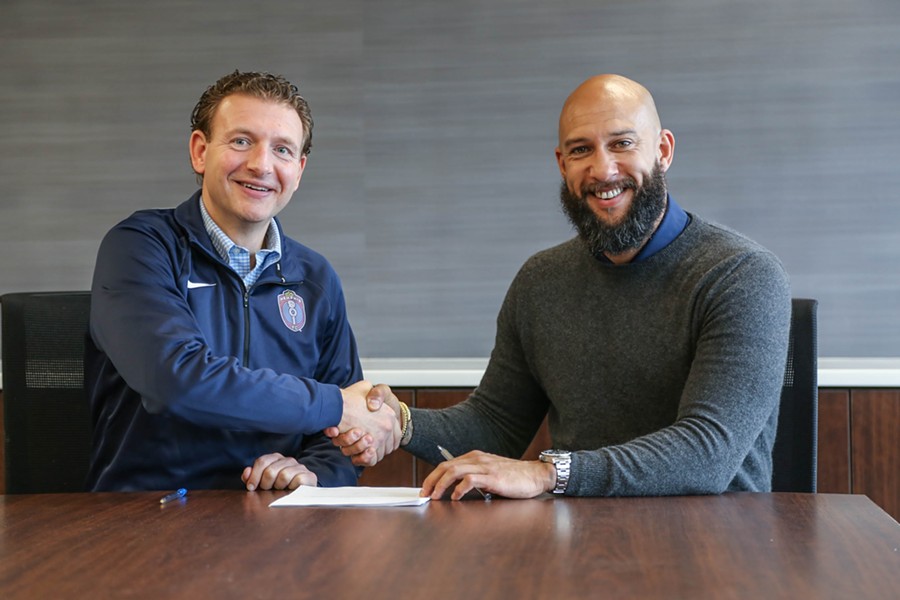 If that sounds like a lot, don’t worry; last year, Howard simultaneously handled responsibilities for both 901 FC ownership tasks and his playing duties for the Colorado Rapids in MLS, telling Memphis magazine at the time that there are “enough hours in the day” to fulfill his various commitments.


Pending league approval, Howard is set to start in goal for Memphis this Saturday, March 7th, at the opening day match against Indy Eleven. With more squad involvement than ever, Howard’s ambition to make 901 FC a USL contender remains firm. “I’ve made a commitment to the City and people of Memphis to build a perennial playoff team. One whose goal continues to be lifting the Eastern Conference trophy and ultimately bringing the USL Cup to AutoZone Park,” he said.

Head coach Tim Mulqueen stated Howard’s addition would spread that enthusiasm to the rest of the squad while respecting the managerial hierarchy. “When he’s in the locker room as a player, he will act as a player,” said Mulqueen. “His focus is only going to be on winning. There will be very clear lines that the players will recognize.”


Howard’s last professional outing came against LAFC last October. During his career, he made 399 appearances for Manchester United and Everton in the English Premier League, and made 121 appearances for the USMNT. He holds the record for most saves – 16 – in a world cup match (against Belgium in 2014).