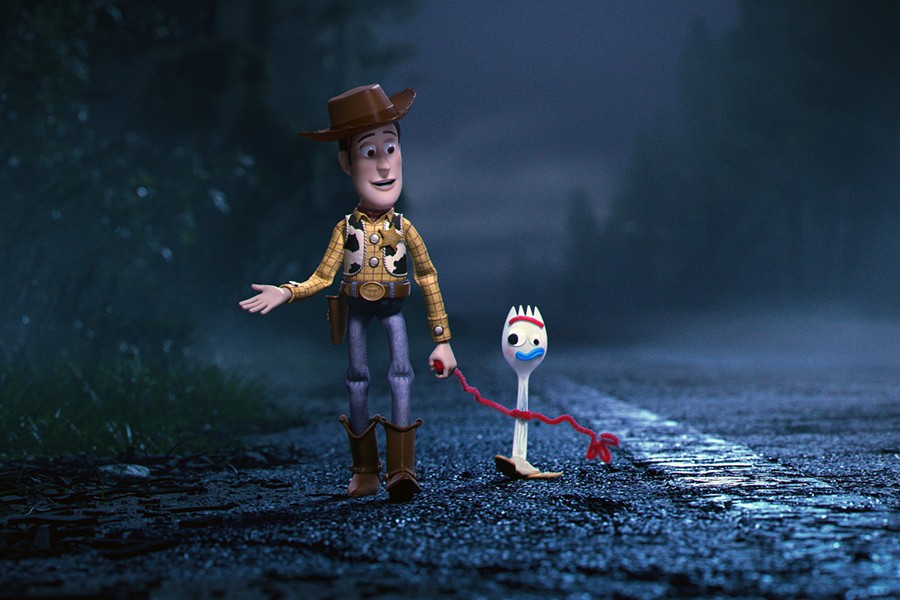 This month, a spate of articles in publications like Forbes and Cinemablend asked, why are sequels and reboots tanking at the box office this year? Films such as The Secret Life of Pets 2 and Men In Black: International have significantly underperformed industry expectations. Dark Phoenix looks poised to lose about $100 million. After years of reliably turning out audiences, the writers ask, is the endless sequel model faltering?

I usually try to keep talk about the business end of things to a minimum in my columns, because I believe my primary job is to help you, my beloved readers, to decide what films to watch, and the behind-the-scenes stuff is largely irrelevant to your decision. But in this case, as a critic in the trenches, I believe I can answer the question currently obsessing industry observers. Why did these sequels fall short at the box office? Because they’re stupid and they suck.

Not all sequels have done badly at the box office. Avengers: Endgame may well end up being the highest grossing film of all time. Godzilla: King of the Monsters will easily top $100 million domestically and is raking in the money overseas. The franchises that are tanking are the ones that have no visible reason to exist beyond seeming like a safe choice for fearful studio executives.

Which brings us to Toy Story 4, a film that, by my own definition, has no reason to exist. 1995’s Toy Story was the film that launched Pixar and popularized 3D computer animation. 2010’s Best Animated Feature winner Toy Story 3 ended with Andy, the kid who owned Woody (voiced by Tom Hanks) and Buzz Lightyear (Tim Allen), going to college, and the toys being passed down to a new kid named Bonnie (Madeleine McGraw). It was a bittersweet tearjerker that, rare for a children’s film, addressed aging and mortality.

In 2010, Pixar said the Toy Story was over, but Disney, in their wisdom, decided we needed another one. The story begins with a flashback. Bo Peep (Annie Potts), who was absent from the third film, is being given away while Woody and the gang mount a rescue operation. Before leaving, she assures Woody that being passed from kid to kid is just part of a toy’s life.

Back in the present, Woody is still Bonnie’s toy, but no longer the favorite like he was with Andy. Languishing in the closet, he makes a spontaneous decision to stow away in her backpack as she goes to orientation on the first day of kindergarten. Bonnie has a hard time fitting in at school, so she makes a new friend. This doesn’t mean she meets another kid, but rather, she makes a toy out of a spork, a popsicle stick, and some pipe cleaners and names him Forky.

The existence of Forky (Tony Hale) foregrounds all sorts of existential questions that hover around the Toy Story premise. He asks the first one himself: “Why am I alive?” Best not to think about it too much, Forky.

Forky tries to escape, but Bonnie loves him, so Woody has to bring him back to the fold. This mission becomes more complicated when the family takes a road trip in a rented RV. Woody and the gang are thrown into a series of adventures, escapes, and rescues revolving around a carnival and a small-town antique store. Woody reunites with old flame Bo Peep, who is now living a Furiosa-like existence as a rogue toy.

Directed by longtime Pixar hand Josh Cooley and written by Wall-E director Andrew Stanton and Stephany Folsom, Toy Story 4 has the magic mix of humor and pathos. A pair of stuffed animals voiced by Jordan Peele and Keegan-Michael Key get huge laughs. The animation is frequently eye-popping. The facial expressions, especially in the early kindergarten sequences, convey more emotion than anyone in Dark Phoenix. The glowing carnival at night and the jumbled interior of the antique store are wonders to behold.

I’ll admit I was skeptical going in, but Pixar proved me wrong. Toy Story 4 may not rise to the level of the greatest Pixar films like Ratatouille or Inside Out, but it is not a waste of time and resources like the other $150 million fiascos polluting the multiplex. I am first in line to lament Hollywood’s dependence on franchises, but when a sequel can deliver on this level, I’ll take it.