A building permit was pulled last week for the Pocket, a restaurant and bar to be built in the first floor and basement of the downtown building at 115 Union. The Pocket will be one door down (to the east) from Belle — A Southern Bistro and across the street from WDIA. 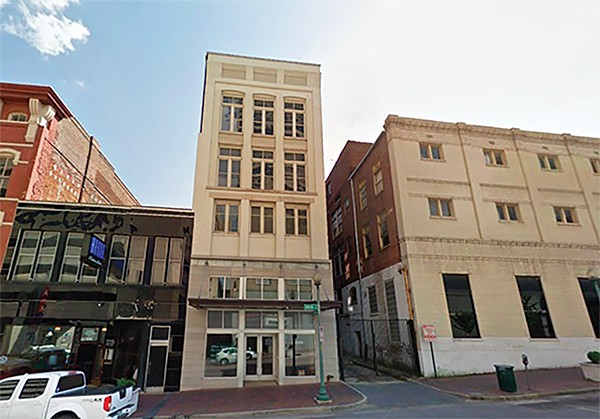 A California company wants to transform two vacant, downtown properties into a 118-room luxury boutique hotel, according to an application to the Memphis and Shelby County Land Use Control Board (LUCB).

The building at 158 Madison would be renovated into 60 rooms with restaurants and a bar on the ground floor, meeting spaces, and a rooftop bar, according to the application.

The building next door at 164 Madison would be home to a restaurant, retail space on the ground floor, and a 5,000-square-foot ballroom on its second floor. Behind that building would be built a new seven-story hotel tower with 58 rooms.

"The hotel will be operated by a very well-known international brand," the application said.

The Greenline now extends along Macon in Cordova stopping short of North Sanga. The expansion would start at the Old Cordova Train Station and continue for 2.3 miles along the abandoned CSX Railroad right-of-way up to Lenow.

Two Midtown buildings could soon transform, one into a diner and the other into a restaurant and bar filled with Ping-Pong tables, pinball machines, and foosball tables.

The former Midtown Martial Arts space on Central could soon become the Ice House, a restaurant and bar with "indoor recreation such as Ping-Pong tables, pinball machines, foosball, and live entertainment," according to an application to the Memphis and Shelby County Land Use Control Board (LUCB) last week.

Plans for the Ice House show a large bar inside a 60-seat dining area. Pinball machines line the wall of that space. Another room has four foosball tables sandwiched between six Ping-Pong tables with seats for 32.

The two entities will "bring new life to this side of Central Avenue," reads the application. "Families and friends can walk and bike to the Ice House for games and entertainment."

Plans for Trader Joe's in Germantown got back on track recently as the store's developer pulled a $2.5 million building permit for its construction.

The project has been on again and then off again. Store officials announced in 2015 that it would, indeed, be opening a store in the Memphis market. A building permit was pulled in March 2016, but construction never started. In June, the project was officially delayed. In September, store officials said construction could begin again within three months.

The newest building permit for the old Kroger store at 2130 Exeter in Germantown was pulled Friday, Dec. 2nd. The permit is for "modification to the front wall of the old Kroger [building] to create a new look on the front facade."