Trump: A Useful Distraction for the GOP

As we begin 2018, President Donald Trump claims he is picking up speed after the late December passage of tax cut legislation. But the tax cut is even less popular than the 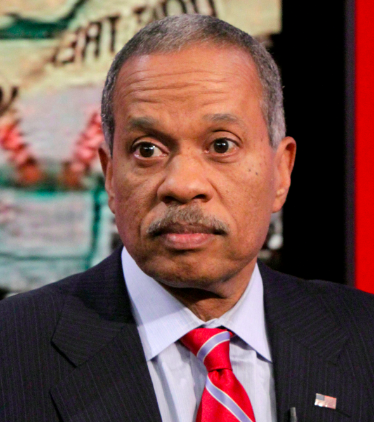 president. And his approval rating is the lowest in history for any first-year president.

The real problem is that tax cuts for the rich are not what candidate Trump promised his populist supporters. Trump said he was going to raise taxes on the rich and eliminate deductions that favored the investor class, while cutting taxes on the middle class. He also said he was going to end the carried interest deduction that allows hedge fund millionaires to pay at a lower tax rate than working-class Americans.

The bill Trump signed does the exact opposite. It gives a big tax cut to the rich and allows the carried interest deduction to remain.

Trump has distracted the nation with his clown show while the "too big to fail" crowd of corporate lobbyists, the Chamber of Commerce, and the Koch brothers passed a tax bill to make themselves even richer. This is a triumph for establishment Republicans.

For most of 2017, Senate Majority Leader Mitch McConnell and Speaker Paul Ryan were ridiculed on right-wing talk radio and conservative websites for not advancing the Trump agenda. The Republican Congress's approval ratings sank lower than Trump's. But in retrospect, it looks as if McConnell and Ryan never cared about their low ratings. They wanted the president to fill up the front pages with his attacks on them, as well as bluster, bullying, and scandal. It allowed them to work without the glare of public scrutiny for a rushed tax bill that gives small, temporary breaks to Trump's "forgotten" working people while the wealthiest 1 percent of taxpayers get 83 percent of the benefit.

Establishment Republicans also let Trump have the spotlight while working in the dark to advance three other long-held agenda items. Firstly, allowing drilling in the Arctic National Wildlife Reserve; secondly, repealing the individual mandate in the Affordable Care Act; and thirdly, pushing poorly qualified but pro-business and anti-regulation judges onto federal courts.

Establishment Republicans plan to use Trump as a distraction once again in 2018. While Trump is caught up battling the special counsel probe into alleged collusion between his 2016 campaign and Russia, McConnell and Ryan plan to cut federal spending on social safety net programs, including welfare, Social Security, Medicare, and Medicaid. These are politically popular programs. Trump promised during the 2016 campaign not to cut Social Security. But now the populist politician will again be reneging on a pledge.

He is being repositioned by the GOP establishment into demanding smaller government and making their case that starving big government begins by cutting spending on domestic programs. Trump and the Republican majority in Congress will not mention their 2017 tax cuts that drove up the deficit by more than $1 trillion. These Republican bait-and-switch games are urgent with the midterm elections approaching. Democrats are likely to make gains that could halt the GOP establishment agenda. A Quinnipiac poll taken before Christmas found Democrats with a 15-point advantage on the 2018 generic Congressional ballot question, 52 to 37.

Charlie Cook wrote recently in the Cook Political Report that the GOP is facing "enormous" problems heading into the new year. "The odds of them losing the House are now at least 50-50, and the Senate is in real doubt."

Democrats need a net gain of 24 House seats to wrest back control. Twenty-three districts currently represented by GOP congressmen voted for Hillary Clinton over Donald Trump in the 2016 presidential election. Seven of them are in deep-blue California.

The GOP has something of a "red wall" in the House through years of gerrymandered districts by Republican governors and state legislatures. But as the 2016 election proved with Hillary Clinton's fabled "blue wall" in the electoral college, walls work great — until they are breached.

One of the most underreported stories of 2017 was the failure of Republicans to recruit top-tier candidates with name recognition and fund-raising prowess to run for these seats. Democrats are growing in confidence as they see the second and third-rate Republican contenders. And Democrats need a confidence boost. They are defending an unenviable 26 Senate seats — one more than expected, because there will be a special election in Minnesota as a result of Senator Al Franken's resignation — while the GOP is defending only eight.

Trump gave his conservative supporters heartburn earlier this year when he struck a temporary spending deal with Congressional Democrats. It is good that Trump appears to get along so well with "Chuck and Nancy" — Senate Minority Leader Charles Schumer and House Minority Leader Nancy Pelosi.

The smart money says he will be spending a lot more time with them when they are Senate Majority Leader and Speaker this time next year. By then, the Republican Establishment will be done with the Trump show. Juan Williams is an author, and a political analyst for Fox News Channel. Jackson Baker's regular Politics column will return next week.