Trump and the Liar’s Paradox

Until recently, the famous liar's paradox was a liar saying, "I am lying." Now, though, it has to be when any of Donald Trump's friends or associates claims not to have called the president an ignoramus, a liar, an egomaniac, or heroically unsuited for the presidency. Their choice is either to confirm the obvious or to appear a liar.

Michael Wolff's new book, Fire and Fury, has put them all on the spot. Wolff is a controversial figure whose journalistic reputation falls somewhat short of impeccable. What matters at the moment, though, is that most everything he has written in the excerpts I've read of Fire and Fury strikes me as true and, moreover, has already been said by others.

As every journalist knows, news is not that a dog bit a man but that a man bit a dog. In the same vein, it would be news if someone confided to an author or journalist that Trump was a reasonable man, self-effacing, considerate of others, cautious in his approach to major decisions, knowledgeable about the grand issues of national security, or, even, aware that his hero, Andrew Jackson, did not live to see the Civil War. This would be startling stuff. It would be similar in a way to the revisionist assessment of Dwight D. Eisenhower, considered a mumbler in his time, but understood now as a president who cleverly shielded his intentions by being purposely inarticulate. Maybe so. 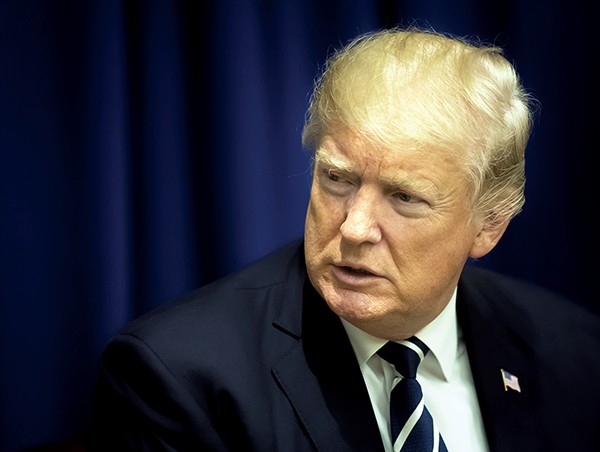 From the White House and in the House of Lies known as the Republican National Committee have come denials aplenty. Who believes them? The president himself has gone into his Rumpelstiltskin act, stomping his foot and tweeting his innocence, but who believes him, either? Trump has effectively lent credence to Wolff's reporting by having his lawyer threaten to sue Wolff for, of all things, "outright defamatory statements ... about Mr. Trump, his family members, and the Company." So huffed lawyer Charles Harder.

How is it possible to defame Trump? When Secretary of State Rex Tillerson called the president a "moron," was that defamatory or merely the prosaic truth? When others in the White House said something similar, was that defamatory, or was it a statement of fact? Actually, these statements would constitute matters of opinion so clearly protected by the First Amendment that only a Supreme Court packed by Trump with caddies from his golf courses could rule in his favor. That same holds for the effort to restrain Wolff's publisher from publishing the book. Ain't going to happen.

As the eminent First Amendment lawyer Floyd Abrams reminded me, the issue of prior restraint was settled by the Supreme Court in the famous Pentagon Papers case. If Trump and his legal team want, I will arrange for them to see The Post, the Steven Spielberg movie about how The Washington Post came to publish the Pentagon Papers. The question there revolved around national security — not a president's hurt feelings — and still the court supported the Post and The New York Times.

Trump's anger has clouded his PR sense. In essence, he's promoting the Wolff book. The president and the presidency are unraveling. Trump is unloved in his own house. A figure of ridicule, a theatrical creation, he is almost sympathetic. He was told by the greedy and the outright stupid that he would make a swell president. The Liar's Paradox has spun out of control, with liars lying to a liar who believed the lie. What would that be called? Fox News, I think.