A new survey of Tennesseans' opinions on several current policy matters indicates that the state still occupies a median place, more or less, in the spectrum of national opinion. The fall 2019 Vanderbilt University Poll polled 1,000 "demographically representative registered Tennessee voters" on subjects ranging from the impeachment of President Donald J. Trump to household issues and finds the state's electorate to be hugging the middle lane of the road, as, historically, it most often has.

Regarding Trump, exactly half of the Tennesseans polled, 50 percent, expressed approval of the president, while 58 percent expressed disapproval of his efforts to persuade Ukraine to investigate potential Democratic opponent Joe Biden. Thirty-eight percent affirmed a desire to see Trump impeached and removed from office.

"Something new we're seeing is that he's dropped about 10 points in the suburbs,"  said John Geer, Dean of the College of Arts and Science, professor of political science, and co-director of the Vanderbilt Poll. "This reflects a broader trend of suburban discontent with President Trump across the country."

The state's major statewide officials more or less passed muster with those polled. Governor Bill Lee's approval rating was 62 percent, while U.S. Senators Lamar Alexander and Marsha Blackburn earned scores of 46 and 44 percent, respectively. The Tennessee legislature, meanwhile, was approved by 56 percent, while the U.S. Congress earned the approval of only 28 percent.

While a general feeling of optimism prevailed among those polled, a third of the voters remained concerned about the matter of making ends meet and the problem of how to pay for health care. This latter feeling was especially strong in rural communities.

"When you ask people to evaluate something as complicated as the economy, you don't actually know if they're including themselves in the equation," said poll co-director Josh Clinton, a professor of political science. "What this shows us is that even though most people feel like the state's doing well, it doesn't mean there aren't still serious issues facing Tennesseans across the state — especially in rural areas."

Anxiety was general across all demographic lines on matters such as the seriousness of the opioid crisis, the need for improved screening for gun purchases, and the importance of childcare, according to the poll. Sixty-nine percent of voters said drug and alcohol dependence is the biggest problem in their community, and 68 percent approved of raising the legal age for tobacco to 21.

Agreement was widespread that guns should not be easier to buy. In the language of the pollsters: "47 percent said purchasing requirements should stay the same and 45 percent said they should be harder. An overwhelming majority — 86 percent — approved of background checks for gun show and private gun sales. The same proportion supported bans for people with certain mental health problems, while 68 percent supported the creation of a universal database to track all gun purchases. By contrast, only 51 percent supported a ban on assault weapons."

As a corollary to the controversy that raged in Memphis before the removal of Confederate statuaries from Downtown parks, 76 percent of voters polled, with majorities from both parties, said a bust of former Confederate General Nathan Bedford Forrest should be removed from the Capitol. Forty-seven percent said it belonged in a museum, while 29 percent said it should not be displayed at all.

Apropos the currently contentious issue of what the state should do about its nearly $1 billion in unspent federal anti-poverty funds, subsidized childcare emerged as the top priority by a significant margin. Forty-one percent, across all income and political backgrounds, chose childcare. The next most popular choice, job training, received 27 percent support, and the third, fighting the opioid epidemic, got 16 percent.

The poll showed that a current proposal of the Lee administration and legislative Republicans to shift Medicaid funding to a block grant model has generated more confusion than any other reaction, with 59 percent professing not to have an opinion about how TennCare should be funded.

Undercutting their general optimism that the economy was promising, those polled nursed serious forebodings about their own predicaments. Thirty-two percent of voters said they worried about paying for the basics, like food, shelter, utilities, and transportation, while 52 percent reported being worried about not having enough to pay for emergencies. Fifty-three percent worry about affording college and retirement. And while 56 percent said everyone has an equal chance to get ahead, 40 percent disagreed, saying that today's economy rewards only the people at the top. 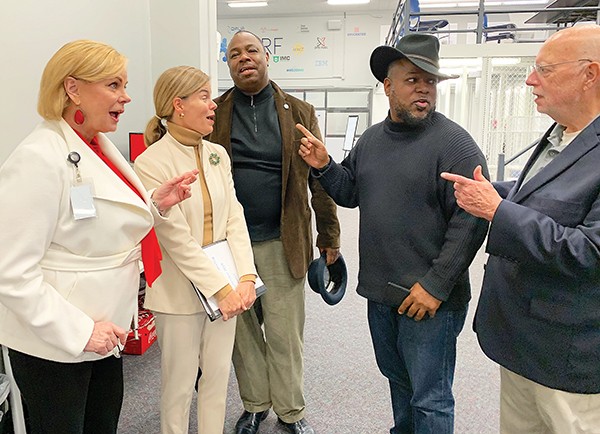