Vote, Dammit: Participatory Democracy Only Works if We Participate.

It never fails. About this time every year, I start to hear the grumbling: "Not a single shop on Summer Avenue for Best Mexican." Or, "Wait, they think who has the best pizza in town?" Or maybe, "I don't even know who that is! How come they got nominated?" I'm speaking, of course, about the Flyer's annual Best of Memphis contest. Really serious high-stakes stuff.

In a year full of uncertainty and surprises, the consistency is almost a comfort. Almost, but I can't help getting a little frustrated. We don't pick the nominees! You do! Or at least, you're supposed to, if you'd just vote. 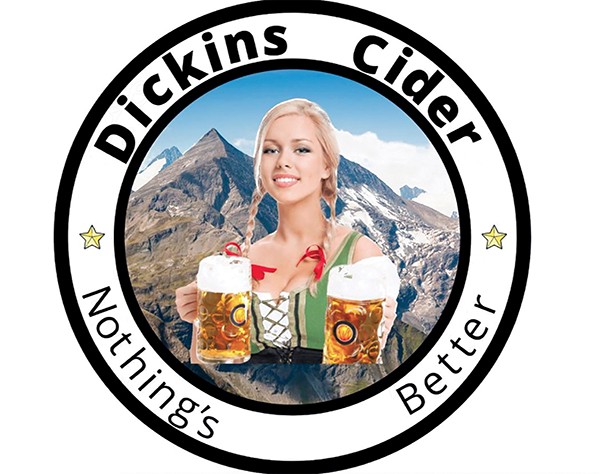 So to these people, these complainers after the fact, I always say, "This is what happens when you ignore the primaries." My guess is most folks don't pay attention until the BOM candidates start making serious pleas for votes, but there is a nomination phase every year. You can write in anyone you want. (That, incidentally, is how "Dickins Cider" — say it out loud — very nearly won Best Strip Club last year. Cheeky.)

In college, I worked at a local pizza place, and the owner used to make everyone with an email address take turns filling out the BOM ballot. Other people make daily social media posts asking you to nominate them. None of that is cheating — it's just grassoots campaigning. But the point is, if people don't throw themselves into working to support their favorite taco shops, local singers, and whathaveyous, the folks with the campaign machinery in place are always going to win nominations and make it to the final ballot.

I'll say it again: This is what happens when you ignore the primaries, when you get engaged only every four years, and then, only if the candidates really motivate you. Gee, it's almost like I'm not talking about BOM anymore.

Okay, in all honesty, I know that centrists and far-right candidates benefit from low voter turnout. I know that much of the system is overly complicated, that districts are gerrymandered, and there is both active and passive voter suppression. Hell, we're in the South — there's a long, disgusting history of Jim Crow-era hoops and hurdles baked into our election history. So I'm not so much speaking to the people who try their damnedest to effect change despite generations of obstacles put in their way.

No, I'm taking aim at my more progressive friends, those who get frustrated and feel boxed out. Well, duh. If you want to bring about real, systemic change, you're going to have to work quite a bit harder. Because if the party in power can, metaphorically speaking, tell all its employees to nominate it for Best Pizza, it's damn well going to.

So yeah, here we are. I've got some progressive buddies who equate Vice President Joe Biden and President Donald Trump. Different sides of the same coin, they say. To which, naturally, I do a film-worthy spit take and sputter out something like, "Well, one of them condemned the extrajudicial murder of protesters by a teen insurgent, and the other can't seem to bring himself to do that." We're ruled by the minority who has built a coalition of the most wealthy, ignorant, racist, and greedy among us. What happens if we take back even a little of their power?

This is an issue that seems, to me, to plague Tennessee particularly. Thinking back to the Senate race in 2018, I remember former Governor Phil Bredesen name-dropping Memphis in one of the debates. He talked about fixing roads, funding our rural hospitals. It wasn't exactly awe-inspiring stuff, but at least he sounded like he had a plan. Then-Representative Marsha Blackburn, however, took a different approach. If I'd taken a drink every time she said "NRA" or "Obama," I'd have died of alcohol poisoning. I don't really believe that a majority of Tennesseans want assault weapons and hate Obama more than they want drivable roads and access to healthcare. But who knows?

We all know how that election turned out. Senator Blackburn took a page out of the Trump playbook and inflamed people. Now, two years later and in the middle of a pandemic, we haven't done anything about our rapidly closing hospitals. And I call her office every week to demand she cool it on the "China virus" talk and do something to actually help Tennesseans.

So if you missed the nomination phase in the Flyer's BOM contest this year, maybe the best thing to do is just hold your nose and vote for the taco shop you think sucks the least. And next year, campaign for your favorite small, family-owned taco truck. Vote in the nomination period. Text your friends and remind them to vote, too. But whatever you do, for democracy's sake, don't withhold your vote in protest. That only helps preserve the status quo. Just vote, dammit.