We Prefer The Blues 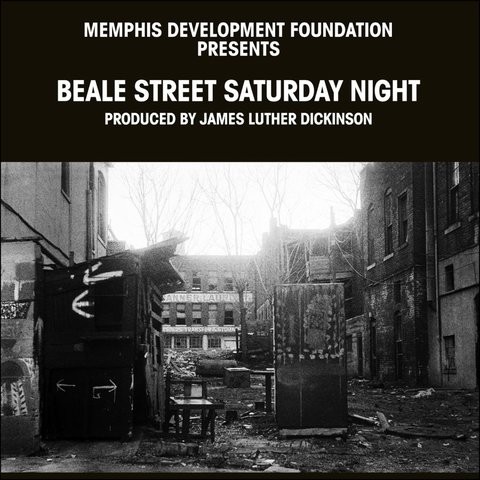 Originally released in 1978, Beale Street Saturday Night was produced by Jim Dickinson in an attempt to take back the reputation of the downtown street as the place where both the blues and rock-and-roll originated. Dickinson gathered up past and present Beale Street legends for the recordings, and everyone from Furry Lewis and Teenie Hodges to Sid Selvidge and Mud Boy and the Neutrons (Dickinson's own group) got in on the action.

Recorded in artists' homes, Ardent Studios, and even the Orpheum Theatre, Beale Street Saturday Night was originally created as a fund-raiser for the Memphis Development Foundation to help restore the Orpheum. This reissue serves a similar purpose, as a portion of the proceeds will go to the Beale Street Caravan radio program.

The reissue of Beale Street Saturday Night was approved by the Dickinson family and features a cover photo by William Eggleston, plus all new liner notes from producer Jim Lancaster who worked on the original release. In his new notes, Lancaster recalls what the Furry Lewis recording session was like:

"It was bitter and cold in 1977 when we went into the Orpheum on Main and Beale with our trusted group of soldiers. In 1890, the Grand Opera Palace was built on this site, the classiest joint outside of New York City! Vaudeville shows were the main attraction there until it burned down in 1923. The building we are in now was built in 1928 with the addition of the mighty Wurlitzer pipe organ. It had been sitting empty overlooking the decay and decline, but today we went to record Furry Lewis for the Beale Street Saturday Night project. Furry had performed in this building, on this stage in the 1930s. The Orpheum, just recently purchased by the Memphis Development Foundation, had no heat either. Poor ole Furry in his 70s was cold, sipping on a pint, and explaining that you couldn't hardly tune a guitar when it was cold. When he exhaled, you could see and feel his breath. Furry had worked out a way to sip whiskey and smoke a cigarette while playing "Furry's Blues" and keep a running joke all the while."

That's just one of many amazing stories inside the first official reissue of Beale Street Saturday Night, out April 14th on Omnivore records. A limited version on clear vinyl will also be for sale. 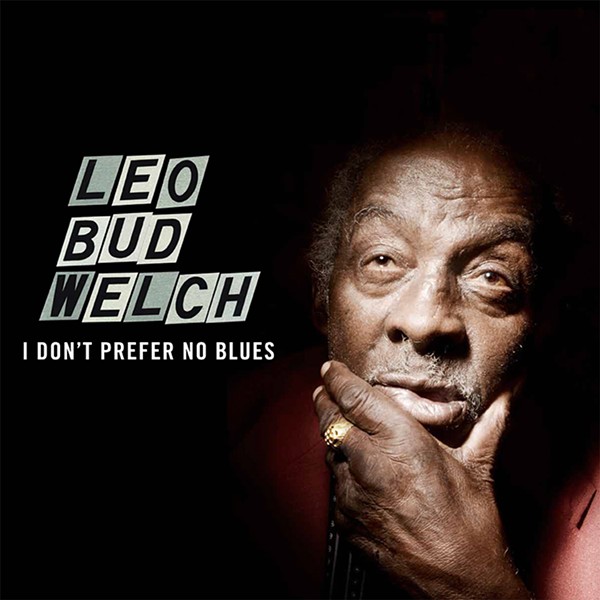 I Don't Prefer No Blues is the follow-up to last year's Sabougla Voices, a gospel album that marked Welch's debut as both a recording artist and a songwriter. "I don't prefer no blues" is apparently what the preacher at Welch's church said when he found out the 82-year-old guitarist was making a blues album. Up until last year, Welch had only performed in church and at big tent spirituals, but after signing with Big Legal Mess and releasing the acclaimed Sabougla Voices, Welch has performed all over the United States and ventured into Europe. He's also playing this year's Beale Street Music Fest.

When label owner Bruce Watson first signed Welch, the two agreed that the first album they made together would be a gospel album and the second would be a blues album. While it certainly is a blues record, there's more than a little bit of rock-and-roll going on in I Don't Prefer No Blues. From the opening track "Poor Boy" (produced by Jimbo Mathus) to the buzz saw riffs on "Too Much Wine," it's evident that Welch's time in church sure didn't spoil his ability to drag a song through the Mississippi mud.

By not recording his first album until he was over 80 years old, the Sabougla, Mississippi, native still has plenty of stories left to tell on I Don't Prefer No Blues. Welch's long history as a blue collar worker (he worked as a farmer and a logger for 35 years) is recalled on "So Many Turnrows," a song about plowing behind a mule in the hot Mississippi sun. Even when he's doing blues classics like "Sweet Black Angel" and "Cadillac Baby," Welch has a way of playing them as if his listeners were hearing the songs for the first time. I Dont Prefer No Blues is available now.