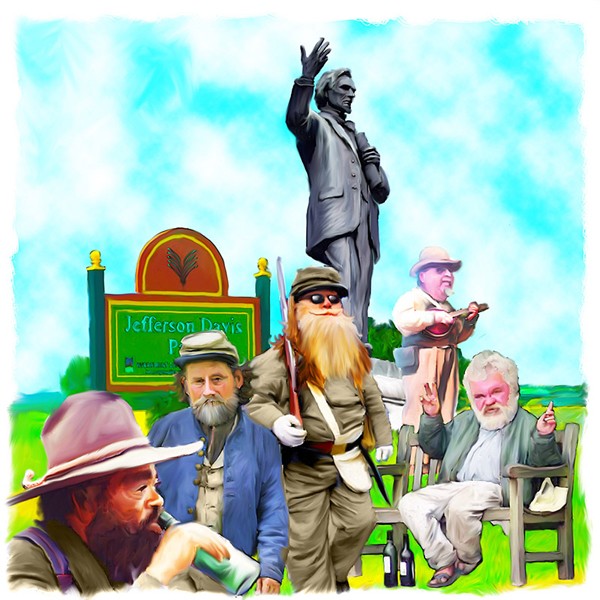 Health Sciences Park, Mississippi River Park, and Memphis Park. Good Lord, how about just Tree Park, Grass Park, and Wino Park (let's be real). Or since the Confederates surrendered Memphis after 15 minutes of battle, how about Slam Bam Thank You Ma'am Park.

Les Smith incorrectly stated that Roland McElrath, MLGW controller, was the man behind the prepared rate hike. Then he continued by criticizing Mr. McElrath's previous record as a public servant. Smith complained of being blindsided with a rate hike. Smith's article deserves a response to set the record straight.

Up until mid-September, we at MLGW were confident that we would not need to ask for a rate increase for next year in the electric, gas, and water divisions. Then on September 16th, Cargill announced it would close its plant on President's Island on January 1, 2015.

Water utility costs reflect 84 percent fixed costs and only 16 percent variable or consumption costs. Since Cargill is by far our largest potable water customer, I knew as soon as Cargill made the closure announcement that MLGW could not sustain the $2 million per year loss of revenues to pay for fixed expenses. Absorbing the loss of Cargill revenues was not an option. I knew a small rate increase would be needed. How small? Thirty-five cents (35 cents) per month for the average residential customer. This represents a 2.3 percent increase.

The announcement for the need for this small rate increase was appropriately made during our budget presentation to the MLGW Board on October 9th. Despite our breathtakingly low combined utility rates, MLGW is in excellent financial shape. MLGW has relatively little debt, excellent bond ratings, and a properly funded pension plan.

Our governing principle at MLGW is to always do that which is in the best interest of our customers as a whole. Although this includes keeping our rates low, it sometimes also includes a rate increase. It's called fiscal responsibility.

Les Smith incorrectly stated that I was the man behind the proposed rate hike. Then he continued by criticizing my previous record as a public servant by using inaccurate and faulty information to make his point. As the former finance director for the city of Memphis, I am compelled to address the inaccuracies in his article.

According to the city's June 30, 2012 Comprehensive Annual Financial Report (CAFR), the city ended its fiscal year 2012 with a $5 million general fund operating surplus, not a $17 million deficit. This surplus was generated even after paying the employee bonuses referred to in Smith's commentary.

MLGW's estimated revenue loss from the closure of the Cargill facility is $2.2 million, not $4 million.

As evidenced by our breathtakingly low combined utility rates, MLGW is committed to providing high quality, reliable service to our customers in the most cost efficient manner possible while also maintaining the financial integrity of the organization.

Senator Lamar Alexander is at is again. He would have us forget he was the first secretary of education to suggest common core type standards. He backs the right to work law. He wants to kill Obamacare, but doesn't say what would happen to the thousands of citizens who would lose their insurance, the ones with pre-existing conditions or the workers whose employers who do not offer health insurance.

Alexander has never voted against a pay raise for himself, but abhors the right of working people to organize. His "unselfish service" to the people of Tennessee has allowed him to become a multi-millionaire. Since entering government, he and his family have never been without a paycheck, vacation time, or health care, yet he is opposed to all those benefits for the poor and middle-class.