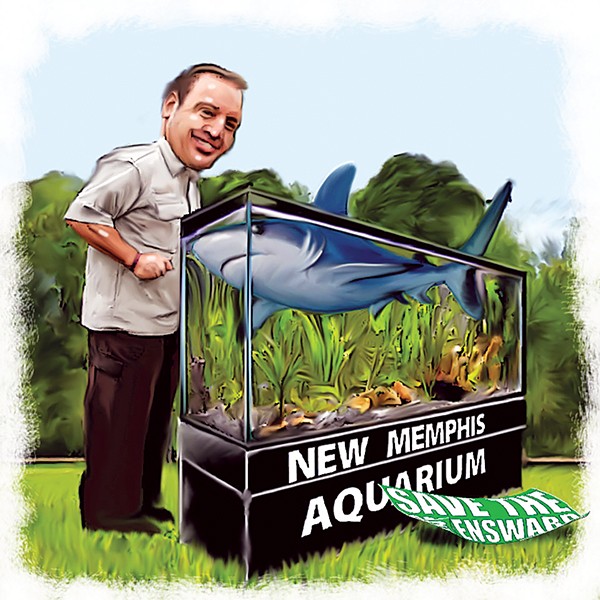 This is good to hear. Long past time for the zoo to do something about that exhibit. Now if they could only get a grant to update the aquarium.

How about a grant for parking, so the zoo can stop destroying our historical greensward?

About the Flyer cover story, "The Lipscomb Affair" ...

In 2005, my sisters and I got together with friends to form the group Save Libertyland. Mayor Herenton had just closed down the park out of the blue. In early 2006, Save Libertyland began meeting with city officials, mainly Robert Lipscomb. I dubbed him "Man of Many Hats" for his various high-profile, high-paying administrative positions.

For years, until we moved away, my sisters and I got strung along by Lipscomb. He played everyone in Save Libertyland with his "charrettes" and charades. We began calling for a HUD audit of Lipscomb's offices. Memphis' current breaking scandal and Lipscomb's suspension (with pay?!) has shocked former members of Save Libertyland. The mounting allegations against him bring back a flood of sad memories from our long fight to save teenage summer jobs, recreation, tourism, and most importantly, family togetherness. We knew he was a liar with power over people's lives and livelihoods; we did not know to what extent.

Many questions remain unanswered about the cause of death in the Troy Goode case. It seems to me that the Southaven district attorney's office, mayor's office, and police department are not doing anything to get to the bottom of this death. If it turns out that Troy Goode died as a result of police misconduct, this could be a criminal matter. I hope with all of my heart that they continue to look for facts in this matter and do not rest until justice is served for Troy Goode and the family he left behind.

Things the media tell us that are facts: Troy Goode was bitten by police dogs. He was thrown to the ground by police and hog-tied. He was strapped facedown on a gurney while still hog-tied and put into an ambulance. Troy's family was not able to see him in the ambulance or the hospital. He died while in police custody. He was never arrested or read his rights.

Troy left behind a wife and baby, as well as his parents, siblings, and many friends. Please help in any way you can to make sure Troy gets justice.

About Eileen Townsend's story, "With This Ring" ...

I care about professional wrestling just a little bit more than I care about Donald Trump, which is to say, not much. But I found myself reading Eileen Townsend's article about it simply because it's so beautifully written. As with John McPhee, it's the prose that dazzles, and the subject becomes secondary.

About Jackson Baker's Politics column, "Close, But No Cigars" ...

Terry Roland seems to have settled down to a mostly respectable politician the past couple of years. I honestly don't know whether he's angling for Mark Luttrell's job. I've not given him much consideration or respect because of his behavior and rants of past years, but the new Terry Roland is making me consider changing my opinion of him.