So, Generation X is pushing middle age now. It's okay. Our pop culture has been preparing us for it since the 1980s. The tone of Noah Baumbach's new film While We're Young is not that different from Douglas Coupland's 1991 novel Generation X: Tales for an Accelerated Culture that appropriated the name of Billy Idol's first band and applied to us. Coupland's cast of self-destructive, 20-something slackers had been told all their lives that they didn't have it as good as their parents, the Baby Boomers. Their internalized, preemptive disappointment often looked like nihilism from the outside, but from the inside, it felt like fighting back with the only tool we had: refusal. The Baby Boomers wanted to change the world for the better, but it didn't work out like they planned. We decided to opt out of the aspects of America we found stale and rancid. We took our characteristically defeatist motto from Nirvana: "Oh well/Whatever/Nevermind." If our grandparents who won World War II were the Greatest Generation, we were the Grumpiest Generation. 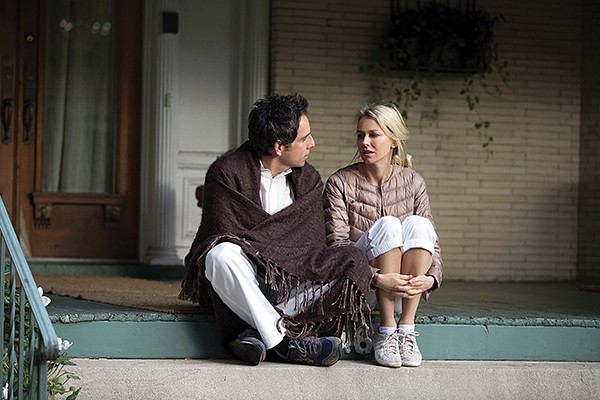 For Ben Stiller's character Josh, the preemptive disappointment of the 1990s has given way to the muddled malaise of the 2010s. He's a filmmaker whose first documentary Power Elite was well received by critics but is now available only via VHS tapes for sale on eBay. He's been working on his follow-up doc for eight years now, but it's still six hours long, and when he tries to explain what it's about, he can only say, "It's about America." His wife Cornelia (Naomi Watts) is a movie producer who works with her father, a storied documentarian from the film verité days named Leslie Breitbart (Charles Grodin). Josh's resentment of his father-in-law's success and his own relative obscurity means they don't get along very well, but otherwise, he and Cornelia seem to have a pretty good life in Brooklyn. But when their friends Fletcher (The Beastie Boys' Adam Horovitz) and Marina (Maria Dizzia) have a baby, it brings some of their discontent bubbling to the surface.

That's when Josh meets Jamie (Adam Driver) while delivering a lecture to indifferent college students, in a scene that recalls Holly Hunter's ill-fated speech on journalistic integrity in Broadcast News. Jamie is an up-and-coming documentarian who has actually seen Power Elite. The two hit it off, and soon Jamie and his wife Darby (Amanda Seyfried) are hanging out with Josh and Cornelia on the regular, despite their 20-year age difference. Josh and Cornelia find themselves reinvigorated by their new friends, who have a spark of youth they seem to have lost. "They have all the stuff we threw out," Cornelia says of their vinyl-listening, VHS-watching new besties. "It just looks so much better in their space." 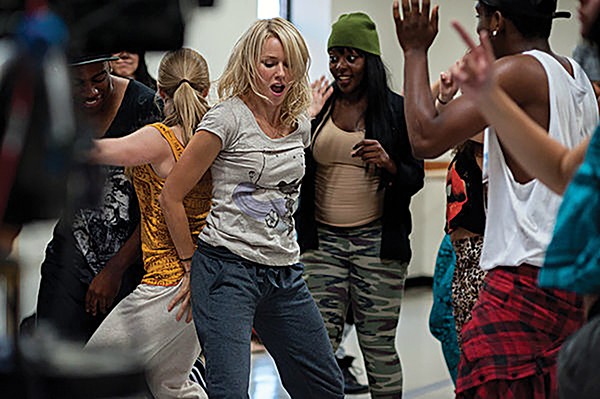 Baumbach's been directing arch indie comedies about uncertain slackers since 1995's Kicking & Screaming, but While We're Young seems like a welcome departure for the auteur. He first collaborated with Stiller on 2010's Greenberg, but this time around the tone is more generous and extroverted. Stiller successfully walks (and sometimes pratfalls) the line between sympathetic and jerky, but by the end he seems to have grown — something that doesn't always happen in a Baumbach film. Watts brilliantly brings depth and charm to a character who, in lesser hands, could come across as underwritten. Crucially, she and Stiller are totally believable as a couple who've been together for a while, but who are still in love. Girls co-star Driver just seems to get better and better, and he is great as the younger, hungrier version of Stiller's Josh. Grodin represents the older, more successful version of Josh, and when it becomes clear that he has more in common with the hustler Jamie than his fussy perfectionism, it only fuels Josh's resentment and pushes him into greater, more hilarious humiliations. The most surprising performance is by a bearded Horovitz as a wide-eyed new father. Who knew Ad-Rock could act? But that's the charm of While We're Young: It starts off as a familiar comedy of postmodern manners before opening up and embracing a wider world. Cheer up, it says to Gen X. Everybody's in the same boat. Get over yourselves.