Who Are These People?

The Democratic field is filled with pointless candidacies.

I am a stranger in my own land. I read the newspapers in puzzlement. Who are these people mentioned as Democratic presidential candidates? Oh, sure, I know Joe Biden and Bernie Sanders and Cory Booker and Kamala D. Harris and some of the others, but the other day I came across the names of John Delaney, Seth Moulton, and Tim Ryan — I already forgot another who was named — and stopped: Who? Running for president, the story said. The story did not say why.

Delaney ought to be Time magazine's Person of the Year. He is the very personification of the new kind of presidential candidate. He's been a successful businessman — health care and such — and was a member of Congress from Maryland. But rather than take the traditional next step — seek the governorship or move up to the Senate — he decided to head straight for the White House instead. He's officially been a candidate since July 2017 — not that anyone has much noticed.

This is something new under the political sun, and it is not, in my estimation, a good thing. Take Delaney. Soon, he will have spent the better part of two years preparing for a life on the road as a salesman, but not necessarily for the Oval Office. The same holds for many of the other 21 Democratic declared candidates.

Something is wrong. Something is broken. The primary system, designed as a reform, has been reformed to the point of absurdity. In the Republican Party, it managed to produce a nominee who turned out to be Fred Trump's idiot son, Donald. He only occasionally won a majority of the votes in the 2016 primaries. In a field of 12 candidates, his pluralities won him the nomination.

It is always instructive to read Theodore H. White's classic, The Making of the President 1960. It is the tale of how John F. Kennedy secured the Democratic nomination and won the presidency. Supporting roles were played by certain big-city political bosses, particularly Richard J. Daley, mayor of Chicago and boss of the mighty Cook County Democratic machine. By the time of his death in 1976, he had been Chicago's mayor for 21 years, a record broken only by his son.

Daley was a masterful politician, while not always an admirable man. His bigotry was ecumenical — blacks, Jews, etc. — and he was lip-read at the chaotic 1968 Democratic National Convention hurling f-bombs at Senator Abraham Ribicoff on the podium, calling him "you Jew son of a b——." Yet, Daley served a purpose: He policed the Democratic Party. 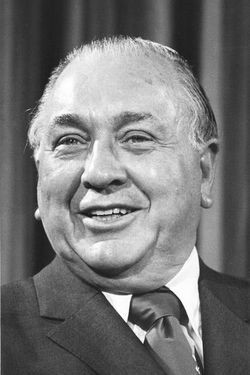 It is hard — actually, hilarious — to imagine some of today's Democratic candidates coming to pay the required homage to Daley, and the mayor asking what, precisely, they had done to qualify for the most important job in the world. I can't imagine what Beto O'Rourke or Pete Buttigieg would say. They are both endowed with great appeal, sharp minds, a winning exuberance, and the promise of a political spring. But their political experience is thin and untested. Nice to meet ya, Daley would say in lieu of an endorsement. Okay, okay, the bosses were sometimes vile and sometimes corrupt. But they looked for winners, not ideological soul mates — and winning, as Vince Lombardi reminded us, "isn't everything; it's the only thing." This election, the only thing is defeating President Trump.

But the Democratic Party has opted for increased chaos. The supposedly contemptible superdelegates, unelected party functionaries, have been taken down more than a peg. They now cannot have the deciding vote on the first ballot, which means that, at the very least, they can sleep late.

For too many candidates, running for the nomination is a no-cost exercise in brand enhancement. They can stay in the House or the Senate or in serene unemployment and see if lightning strikes. I'm told that the supremely competent Senator Michael F. Bennet of Colorado has said that by running, he has nothing to lose. And he's right. If he wins, he moves into the White House. If he loses, he stays in the Senate. Either way, his summers will be muggy.

I read political news, as I do the New York Post's unavoidable Page Six gossip feature. In the tabloid, many boldface names are only dimly familiar, sometimes because they are merely the children of the once-famous who, on their own, are mentioned only for entering and exiting rehab. It's ridiculous that almost anyone can be a celebrity . . . or run for president. There ought to be a difference.