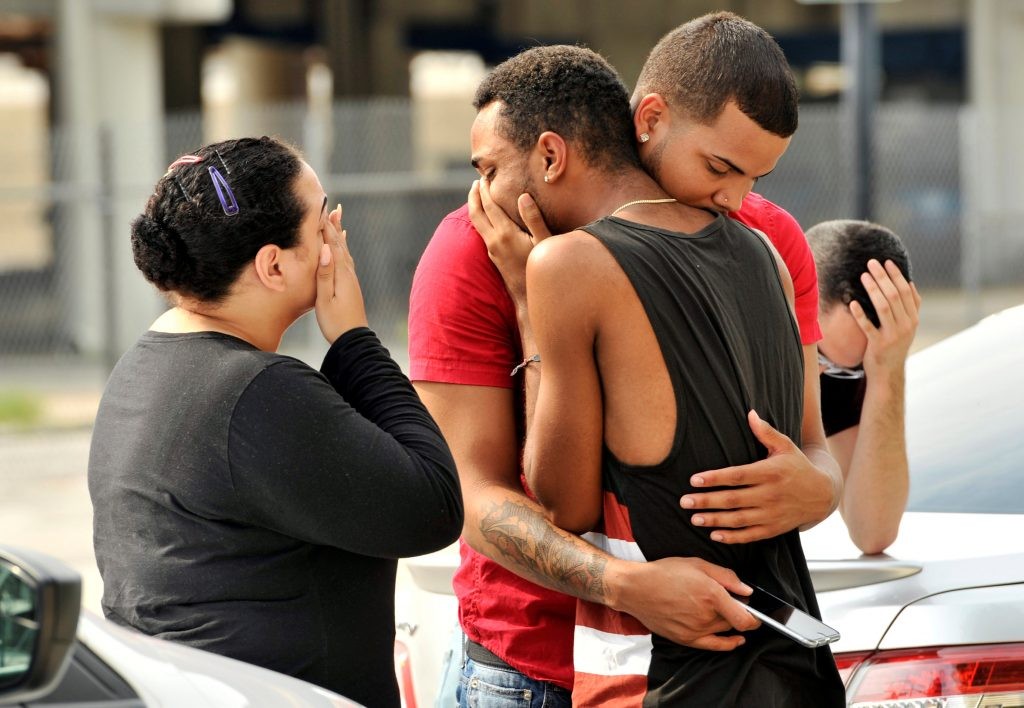 Well, now we know the culprit behind the mass murders in Orlando, Sunday morning. It was the Obama administration's "political correctness." At least that was what was responsible, according to an NRA spokesperson, Donald Trump, and Ted Cruz, to name just three GOP leaders who propagated this hogwash.

None of these folks explained exactly how political correctness accounted for the shooting, but we can presume they think the FBI interviewed the killer and decided not to detain him under orders from the president, because Obama is afraid to offend Muslims and refuses to say the magic words "radical islamic terrorism." Something like that. It couldn't have been that the FBI made a mistake or was incompetent or that our gun laws are ineffective. Nope, political correctness is now a mass murderer.

Trump went on a Twitter rampage within hours of the shooting, congratulating himself for being "right" about Muslims. He then said we need to prevent immigration from any country with a "history of terrorism," and doubled down by intimating that Obama himself had "something going on" when it came to Muslims.

The president initially responded to the tragedy by saying the murders appeared to be an act of domestic terrorism but that he would wait to make a judgment until all the facts were in. What a politically correct wuss.

Then, oops, we discovered that Omar Mateen, like Trump, was born in Queens. A day later, we found out that the killer, a Muslim, was quite likely gay and had frequented the Orlando club for years. Then we learned from former co-workers that he was a racist and was considered "unstable and unhinged."

The GOP has shown itself to be anti-gay rights, anti-Hispanic, and anti-Muslim. So when a Muslim kills gays on "Latin Night," it's a real quandary. And when the Muslim murderer of all those Hispanic gay folks is apparently a self-loathing gay man himself, it gets even more complicated.

But look, political correctness didn't kill 50 people in Orlando. Political "incorrectness" did, namely, the in-bred culture of demonizing and dehumanizing LGBT Americans that is propagated every year in legislation passed by the Tennessee General Assembly and other GOP-controlled legislatures around the country — laws that institutionalize discrimination and fear of gay people.

And it's also the politically incorrect culture of ignorance and hatred spread in the name of Jesus and Allah by so many backward-thinking churches and "men of God." It's a culture that shames people into suppressing their true sexuality and gender identity, a shame that separates gays from their families and friends, causing feelings of guilt and hopelessness that can lead to suicide — or, in Mateen's case, to rage and murder.

Governor Bill Haslam, Speaker Beth Harwell, and other GOP state and national leaders offered "hopes and prayers" and held "moments of silence" to honor the victims — the same victims they helped create with their backward and hateful laws. In Tennessee, for example, a gay person who sought grief counseling in the wake of the Orlando shooting could be turned down by anyone whose "sincerely held beliefs" compelled them to refuse to help.

It's sad and twisted, and it can't be fixed with a wall or tougher immigration laws or tighter gun laws. It can only be fixed by more of us working to accept and understand our differences, instead of politicizing and institutionalizing them.