Now it appears that our next round of local and state elections — the ones scheduled for August — could be in jeopardy.

Governor Bill Lee, who was relatively late in imposing shelter-in-place rules for Tennessee, has now put himself in the vanguard of the nation's state executives in casting them aside, allowing restaurants and other formerly public places to begin re-opening — though there is no evidence so far that the ominous coronavirus epidemic has sufficiently spent itself or even begun to plateau.

Though the Shelby County Commission, meeting via that Hollywood Squares-like audio-visual modality known as webinar, has formally requested a loosening of the regulations regarding absentee ballots, there is no indication as of yet that the governor nor the General Assembly, its sessions indefinitely suspended, will approve such a process. So the specter presents itself of lengthy, thinly populated, and nervously distanced voter lines like those we saw in the recent Wisconsin elections — followed, as we now know, by a spike in COVID-19 infections. 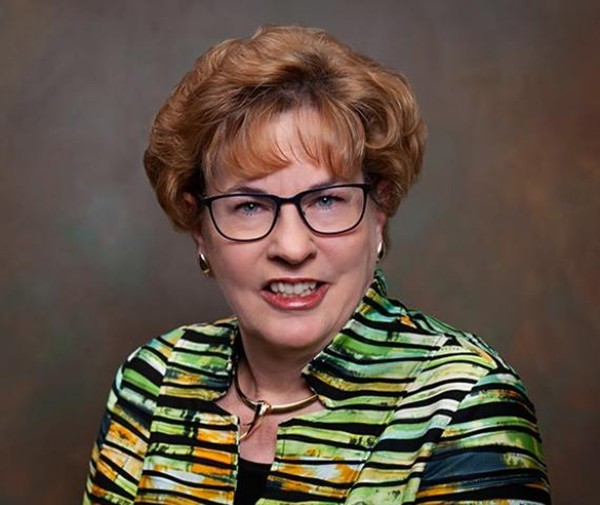 And, even should circumstances clear to the point of allowing some sense of relative comfort in going to our accustomed physical voting locations, Shelby County is experiencing delay after delay in replacing the now discredited Diebold voting machines that virtually nobody trusts. Election Administrator Linda Phillips last year set a goal of having new machines in time for the August 6th primary for county general election and primary for state/federal offices.

Accordingly, Phillips sent out an RFP (request for proposals) to various vendors, and, with the resultant bids in hand, last week revealed her preference to a closed executive-committee meeting of the county's five official election commissioners. Only four of the commissioners were present — two Republicans, two Democrats of the body required to tilt to the state's official majority party (Republican).

The fifth, GOP member Brent Taylor, was a late arrival, having tried in vain to get connected to the webinar from his home and a second location before arriving finally — and connecting — at a computer in the Election Commission's Shelby Farms location.

By that time, Taylor himself was properly frazzled: "Don't get upset with me," he said. "It's not my fault it didn't work. But I can say I'm not going to participate in any more of these audio-visual conferences. ... I'm just not gonna. I'm not gonna do anything other than meet in person."

A consensus had already developed that the sequence originally planned — Phillips' announcement of her choice (complete with the relevant specs) at the executive-committee session, followed by public discussion from some 50-odd interested virtual attendees (most of them favoring hand-marked paper ballots as against ballot-marking devices), followed by a formal vote of selection by the Election Commission — had to be scrapped.

Phillips herself had offered that she wanted to make some changes before a public presentation; it later developed that the "changes" may have had to do with the costs involved.

After a good deal of back-and-forth, it was agreed that the public discussion about the generalities of voting-machine selection would be heard but that the administrator's announcement of her preference, followed by what was expected to be approval on a party-line basis, would be delayed until a second meeting of the Election Commission — this one to be in a public space where social-distancing could be practiced — would be held this week, whereupon public sentiment could be revisited. Cart before horse before cart again, as it were. Word was that the meeting, involving commission and staff, originally scheduled for this Thursday, April 30th, at the EC's Shelby Farms headquarters, might be postponed until Monday or Tuesday of next week. The public's end of things would apparently still be virtual.

The essential choice comes down to the aforementioned one of hand-marked paper ballots coupled with scanning devices versus ballot-marking machines, with most of the public zeal expressed so far on the side of the former — the reasons ranging from cost to concerns about electronic hacking to fears that ballot-marking devices would retain coronavirus spores.

Meanwhile, there is rampant speculation about compromise solutions involving a mix of devices and even reports that the Shelby County Commission, which is charged with footing the bill and which has voted a preference for hand-marked paper ballots, is empowered by state law to make its own decision and can order whatever kind of machine it pleases.