The Memphis Comic Expo explodes on the scene with cosmic force this weekend with more than a hundred comic writers and artists in attendance. Special guests are Chris Claremont, who has done some of the best known tales in the X-Men canon, and Scott Snyder, who has earned praise and numerous awards for his Batman work.

Other comic creator celebrities include:
- David Finch, who has worked for Marvel and DC, and his wife Meredith Finch, known for her work on Xena: Warrior Princess and her own fantasy title, Rose
- Peter David, who has worked on Marvel’s Incredible Hulk
- Gene Ha, who collaborated with Alan Moore on Top 10 as well as his creator-owned book, Mae
- Robbi Rodriguez, co-creator of Spider-Gwen
- Mike McKone, who has done pencil work on the Punisher and the Justice League
- Scott Kolins, an artist known for the Flash and numerous other characters

Dozens of other creators at the national and local levels will be at the expo, which is in its sixth year. It was created by Donald Juengling, manager of Comics and Collectibles in Memphis, who says, “Our motto is ‘Creators Come First.’ Whereas many so-called ‘comic conventions’ are gravitating toward media guests and ignore the actual comic creators. We are the exact opposite.” 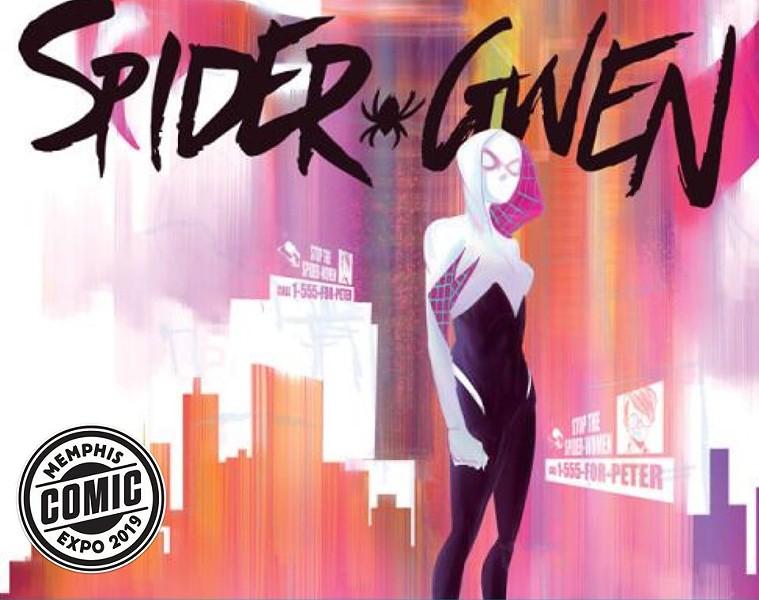