With One Match Remaining, 901 FC Looks Ahead

With year two coming to a close, 901 FC has the chance to set a positive tone for the offseason. Everyone saw the graphic plastered up on the ESPN feed during last weekend’s 3-1 away win vs. the Charlotte Independence: If Memphis had won all the games in which it had gone ahead in Group G, then the team would have easily topped the group. Instead, defensive inconsistency frequently saw the team drop valuable points in the race for a playoff berth. 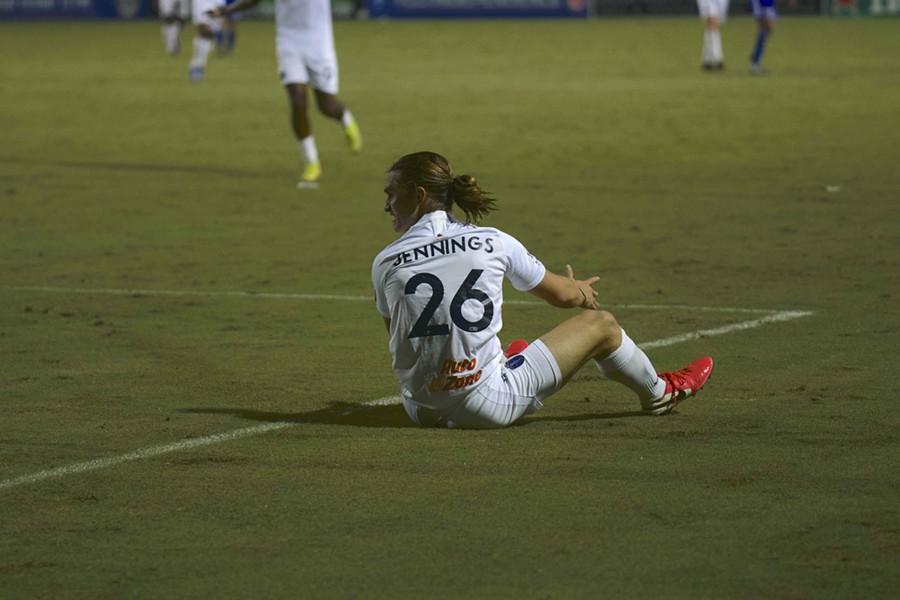 Despite a frustrating campaign, the squad and interim coach Ben Pirmann began the healing process with last Saturday’s victory over Charlotte. A shaky early 20 minutes culminated in a soft concession to Charlotte’s Dane Kelly, but from there, 901 FC flipped a switch and put on about as comprehensive a performance as we’ve seen this season. Midfielder Jose Baxter picked up his first goal with a sublime curler from outside the box after great work from Keanu Marsh-Brown. Cal Jennings continued his hot run of form with menacing runs throughout the 90, constantly tormenting Charlotte’s backline and helping himself to two more goals.


The defense, meanwhile, kept a level of focus that we haven’t seen in quite some time. There were none of the risky mistakes that we’ve seen over the course of the season from both center backs and fullbacks, and constant communication kept Charlotte from finding swathes of space to exploit.


And yet, the narrative for the game could have been so much different. Memphis took to the field with only 14 players on their roster; several had been cut from the squad due to violating some unspecified team rules. That meant the team had zero margin for error when it came to substitutions and injuries. Additionally, 901 FC had no chance of qualifying for the playoffs, while Charlotte looked to snag first spot in Group G. And yet, what we saw out there in Charlotte was a collective buy-in that said the squad wouldn’t give up. It would have been easy to phone it in for the remaining couple of games, but there was urgency, precision, and fight.


As mentioned before, Jennings made it his personal mission to race toward the Charlotte defense and keep them off balance. Marsh-Brown could easily be spotted chasing the opposition into his own defensive half to recover the ball. Tommy McCabe and Leston Paul were totally locked in at the center of the pitch, spinning and playing quick vertical passes to unlock their opponents. And at the back, goalkeeper Jimmy Hague recovered from an early error to make several crucial stops and keep Charlotte off the board in the second half.


The season didn’t pan out as the organization wanted, but the staff and the players know that. It was a season of fine margins, but Pirmann and the squad know they can do better. “At the end of the day, we can say ‘we were this far away from this many games,’” said Pirmann at a press conference earlier this week. “I know they put the graphic up during the game about the what if, but hopefully there are no more what ifs. Hopefully we can look at it and say this is what we’ve done, this is where we want to maintain standards, and then keep going from there. Whether it’s life or its 901 FC, there are a lot of learning lessons.”


While there won’t be any playoffs after year two, the team has shown what it’s capable of achieving at its peak, and I think that ceiling is certainly that of a playoff team. For now, it’s clear that the players have bought in to what Pirmann is selling, and the best thing they can do is go out with a bang after a run of positive results.

901 FC closes out its season at AutoZone Park against Birmingham Legion tomorrow, October 3rd, at 7 p.m.