Wondering Where the Lions Are 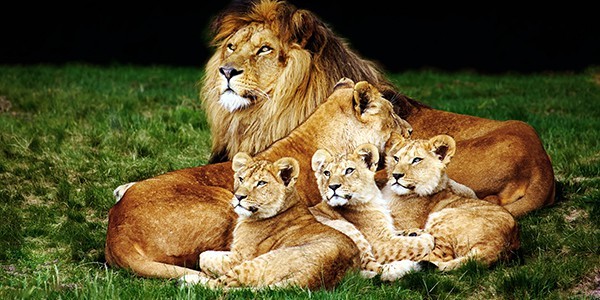 Until the lion learns how to write, every story will glorify the hunter. — African proverb

The state of Tennessee's Achievement School District announced this week that it will take over four Shelby County schools for the 2016-2017 school year: Caldwell-Guthrie Elementary, Hillcrest High, and Kirby and Raleigh-Egypt middle schools.

Those schools had scores in the bottom five percent statewide and have been matched with charter school operators that will rename the schools, hire new staff and a new principal, and reformat the way the schools are run. The ASD is the state agency charged with turning around the state's lowest-performing schools. The way they "turn around" these schools is by giving them to charter school operators. Scholar Academies will take over operation of Caldwell-Guthrie and Raleigh-Egypt Middle, and Green Dot Public Schools will take over Hillcrest High and Kirby Middle.

Memphis has the majority of the state's "low-performing" schools, which also means more of our tax dollars will be funneled into for-profit education corporations that operate under their own auspices and that are primarily concerned with, well, profit.

But here's the thing: There will always be a "bottom five percent," even if all schools are improving, which assures that charter operators will continue to take over five percent of our public schools every year, funneling more public tax dollars into private education companies. Mr. Ponzi would be proud of this scheme.

Parents, teachers, and administrators are almost always against charter takeovers of their neighborhood schools. Long-standing school names, mascots, sports traditions, and academic achievements are lost to history. But these folks don't get to write their own stories any more. Charter school operators will get to decide who attends their neighborhood schools next year.

A Vanderbilt University study released earlier this month found that Shelby County Schools' iZone program, which attempts to turn around low-performing schools that ASD doesn't take over, is actually doing better than the ASD. That study looked at data from the first three years that the ASD and iZone have been in operation and found that iZone schools had made greater gains.

So tell me again why we're privatizing our schools. Could it be that charter school lobbyists in Nashville have the ears (and wallets) of our legislators? Nah.

No one's denying that many Shelby County schools need improvement. But the real problem was shown again this week by a U.S. Census study that revealed that a third of Memphis children live in poverty. It was amplified by a report from the U.S. Chamber of Commerce that showed that 78 percent of Tennessee's black students graduated from high school in 2013, but only four percent tested as college-ready in all four ACT-tested subjects.

It all goes back to fixing poverty. We need to raise the minimum wage to a level that allows people to support themselves with a 40-hour-a-week job. We need to fix the Medicaid gap in Tennessee that makes affordable healthcare available to the unemployed, but keeps low-income workers ineligible. We need to focus on education programs that we control, such as iZone.

And we need to quit allowing our future lions to be educated by the hunters.