You Don’t Miss Your Water

Missing Memphis is a common condition, it would seem. Everyone's heard about the curious travelers who come for a one week visit and end up staying a lifetime, but fewer talk about the many who leave, only to experience an epiphany about what was left behind and return with renewed fervor. It's a theme that the creator of the Mempho Music Festival has in common with one of the festival's greatest performers, William Bell. In harkening back to their hometown from afar, both created something musical that could last for decades, if not generations.

William Bell needs no introduction to those who appreciate Memphis music. Though he lives in Atlanta now, he exudes our city's history. And, as it turns out, his first hit was inspired by homesickness. Born William Yarbrough, he took his stage name after his grandmother Belle. And he needed a stage name at a very young age.

Like so many before and after him, he had Rufus Thomas to thank for his leap into show business. "His band played behind me when I was 14 years old. One of the Bihari brothers, Lester, he had a little label here called Meteor Records, out on Thomas. I was with the Del Rios then, a vocal group I had formed to work down at the Flamingo on Hernando Street. I was 14 years old, still in high school. And Rufus' band, the Bearcats, played behind me. So the whole Thomas family is like family to me. Marvell, Carla, Vaneese, and I all grew up together."

Bell eventually became a featured performer with the best local band of them all, the Phineas Newborn Sr. Orchestra. When Bell was only 21, the orchestra scored a six-week residency at a New York club, which was extended to three months. That was when Bell's longing for home kicked in, and when he returned he put that feeling into a song that evoked his days singing in church.

As Peter Guralnick wrote of the number, "'You Don't Miss Your Water,' like most of Bell's hits for himself and others ('Share What You Got,' 'Everybody Loves a Winner,' 'Every Day Will Be Like a Holiday,' 'Born Under a Bad Sign') retailed a familiar folk saying and expanded upon it with a simplicity and craft that rendered it quietly eloquent."

Bell had been to Satellite Records' studio once before, singing backup on Carla Thomas' "Gee Whiz." In 1961, he took in his own song, "Formula of Love," to cut a single for the label, freshly re-christened Stax. For the B-side, he offered up the homesick/lovesick lament he'd penned after his New York stay. And that was what DJs all over the country literally flipped for. Six months later, it had put Stax on the Billboard charts.

Bell, of course, went on to become both a performer and songwriter at Stax into the next decade, and his voice and recorded masterpieces lived on beyond the label's eventual bankruptcy. What's striking, though, is the way the creation of his first hit echoes the genesis of the very festival he'll be playing this week. 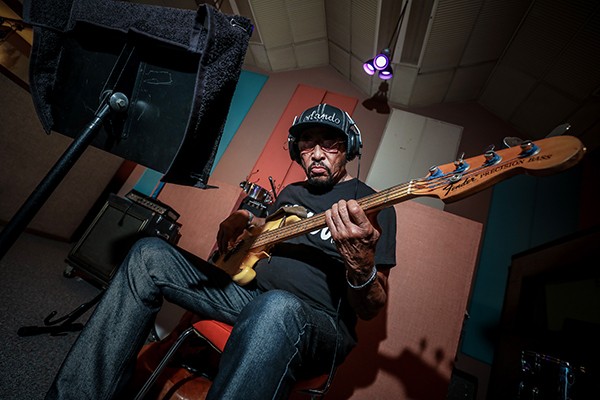 We have Diego Winegardner to thank for Mempho, whose career in the New York area gave him the means to jump-start the festival of his dreams last year. "I grew up in Memphis in the late '70s and into the '80s," he says. "I think being here when Stax was prominent and all these great hits were coming out of Memphis, made me think Memphis was the music capital of the United States. It wasn't Nashville, and it wasn't Austin. So I wanted to be able to provide a platform for all these great local artists that are here, drawing inspiration from that past but also bringing it forward. So we're always gonna tip our hat to some aspect of that rich music legacy. Last year, we did a tribute to Stax, with Steve Cropper and Booker T. And Eddie Floyd also sat in on that. And this year we're gonna pay tribute to Royal Studios, Boo Mitchell, and his family's contribution to Memphis music."

Last year, Royal Studios celebrated its 60th anniversary, and Saturday evening's tribute will offer a slice of Memphis, past and present, that will be hard to beat. It will feature an approach that was pioneered in the 2015 Royal-produced film, Take Me to the River, where old-school soul legends were paired with rappers and other younger performers. William Bell, for instance, collaborated with Snoop Dogg in a revisitation of "I Forgot to Be Your Lover," Bell's hit from 1968. The Mempho show will follow in those footsteps, featuring Bell and Bobby Rush alongside hometown hip-hop giants Frayser Boy and Al Kapone, and a cameo from Ashton Riker. 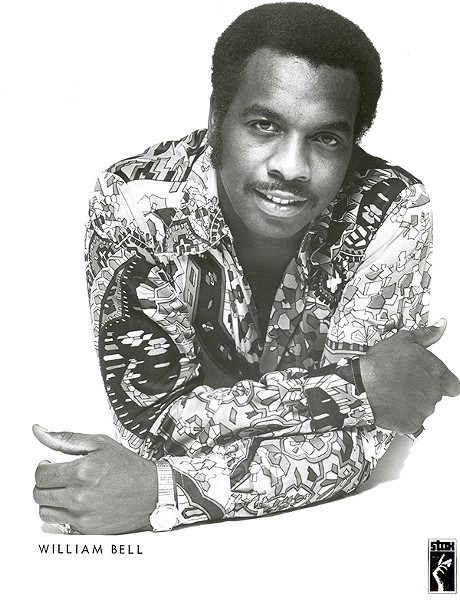 But the real secret weapon behind the show will be the Hi Rhythm Section, named after the label that was synonymous with Royal Studios for decades. Having backed the likes of Al Green and other Hi stars, the band, with Charles Hodges on organ, Leroy Hodges on bass, Archie "Hubbie" Turner on keyboards, has been enjoying a renaissance of sorts, including last year's Grammy nomination for their collaboration, Robert Cray & Hi Rhythm. But the band can collaborate on more than the blues, as the ongoing tours spawned by Take Me to the River proved.

Boo Mitchell, who runs Royal Studios and Royal Records with his sister Anna, notes that the seasoned players can easily adapt to hip-hop. "They've done it before. We've done several things with Frayser Boy and Al Kapone. Definitely not a stretch. They've played behind Snoop Dogg and played on records with the Wu-Tang Clan. That Better Tomorrow record has some of the Hi guys on that."

In fact, Bell sees the Hi players having a beneficial effect on the hip-hop world. "It worked so great that Frayser Boy and Al Kapone said they would never work with pre-recorded tracks again. They love live music behind 'em now. Because the energy and the freedom of being loose on stage and conversing with the audience and everything, and not have to follow a track. A lot of the rappers now, Snoop and Jay Z and a lot of them, are working with live musicians."

For his part, though he's associated with Stax, Bell feels right at home at Hi as well. The familial spirit of the two studios was always similar and came to full fruition when Bell participated in Take Me to the River. "We did that movie and we won a lot of awards behind it, so it gave us a shot in the arm, career-wise," he says. "So we toured for two months with Take Me to the River, part one. And we filmed a sequel that's coming out soon, with New Orleans musicians."

But that's not all that's keeping Bell's name in the spotlight. His 2016 solo record, This Is Where I Live, stubbornly anchored in the classic soul sounds that put him on the map, won a Grammy for Best Americana Album. And he recently joined Margo Price, John Prine, and Al Green in the Amazon-sponsored sessions with Matt Ross-Spang at Sam Phillips Recording Studio, just released last month. And in a few weeks, Craft Recordings will release a massive compilation, Stax '68: A Memphis Story, that heavily features some of Bell's most iconic work.

"There are some gems," he says. "Concord asked me to give my input, so I've listened to a lot of the stuff. There's some unheard of gems in that collection. Any fan of Memphis music, you can't go wrong in getting that '68 compilation."

Even with so much recent recording work going on, Bell is clearly thrilled to revisit his work of 50 years ago. "You know, a good song is a good song. It'll come back around."

Editor's Picks for Mempho
Only in its second year, Mempho Music Festival has become a magnet for some of the nation's biggest artists. Perhaps the most anticipated show is Nas, who's just dropped his 12th album, Nasir. Beck, another artist rooted in the '90s, has similarly become a major artist who continues to innovate. Newer megastars like Post Malone and Phoenix should draw massive crowds, but given the way Janelle Monae's star has risen since her debut in 2010 and her parallel film career, she may outdraw all of them. There will be plenty of local genius on display, including Juicy J and Project Pat, Lucero, Don Bryant, Big Ass Truck, and the Lovelight Orchestra. As festival advisor Boo Mitchell notes, "It's a music combination that'll have something for every demographic." And one distinctive Mempho feature, the all-star jam, blends diverse artists to entertain late-night groovers and those taking advantage of the new camping option. This year, it features Robert Randolph, Karl Denson, Cory Henry, Nate Smith, and Mononeon, among others. But the real triumph of Mempho may be in the shake-your-booty department. Says Mitchell, "We've got Parliament-Funkadelic AND the Bar Kays! That's a whole lotta funk!"