A big fight and a big new plan have put youth justice in focus here.

Juvenile justice reform has dominated civic conversation at the beginning of the new year with a high-profile (but still mysterious) incident at the current Juvenile Justice Detention Center (JJDC) and moves to build a new $25 million juvenile facility.

A tweet from the official Shelby County Sheriff's Office account on January 11th left many with more questions. It said five Shelby County Corrections Officers were relieved of duty (with pay) for "allegations related to on-duty failures" at the JJDC. An investigation is ongoing, the tweet read. 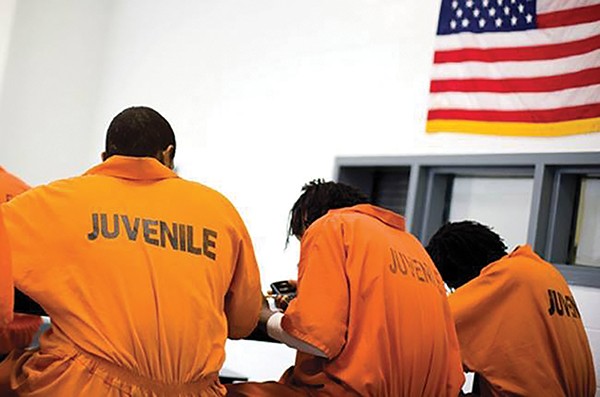 Sheriff Floyd Bonner told WMC-TV a fight involving 14 teens lasted more than 30 minutes at the center and left two injured. Nine of those involved were moved to 201 Poplar. Nearly three weeks later, the public knows little more than that, certainly nothing about the involvement of the five now-relieved officers. Details are protected because of the ongoing investigation.

"Transparency, or the lack thereof, has been the biggest storyline for the last six years," Just City executive director Josh Spickler wrote in a newsletter last week. "Juvenile Court lacks it; in this instance, the Sheriff's Office lacks it. Yet, without it, we'll never see the reforms we need."

Just a few days before the incident at the JJDC, Shelby County Mayor Lee Harris began his pitch for a new $25 million juvenile center that would focus on rehabilitation and education.

Jimmy Tucker, a principal with Self+Tucker Architects told commissioners last week that the current building has "major problems." It does not meet requirements under the Americans with Disabilities Act, he said, nor is it optimized to move people in and out in an emergency.

The only place for recreation at the facility now is an outdoor rooftop area that can be used only at certain times during the year, weather permitting. Four classrooms that can each accommodate 15 people at a time pose major issues for the 97 people now detained at the center, Tucker said.

"You can have the best-looking building with the most updated technology; however, if you do not have the proper psychological, emotional, and parental counseling available, then you're not solving the systemic problems," Ford said on Facebook.

"What happens for the next five years while a new building is built?" Sawyer asked on Twitter. "Who will address the systemic racism and implicit bias of the court?"